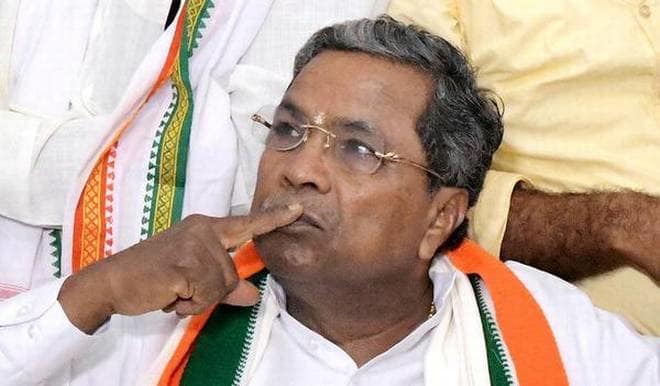 Former Karnataka Chief Minister and Congress Leader SG Siddaramaiah has called for another Congress Legislature Party (CLP) meeting in Bengaluru on Monday. Like the previous time, all party MLAs have been directed to attend the meeting. The meeting comes after a day Congress party sent notices to the four ‘rebel’ MLAs, seeking an explanation for their absence from the previous CLP meeting, asking why no action should be taken against them under the anti-defection law.

Calling another such meeting last week, Siddaramaiah had warned the MLAs saying that anti-defection law would be used against those who fail to attend the meeting and it would be assumed that the member himself has decided to resign from the primary membership of the Congress party.

The CLP meeting is called amid the ongoing political turmoil in the state where the ruling Congress-JDS government has leveled horse trading allegations on BJP and claimed that it is trying to topple the seven-month-old coalition government ahead of Lok Sabha Polls 2019.

All eyes will be on four legislators who had failed to turn up at the last CLP meeting, triggering another round of hide-and-seek in the southern state.

The Congress in Karnataka Sunday issued notices to the four MLAs seeking an explanation from them for their absence at the Legislature Party meeting, asking why no action should be taken against them under the anti-defection law. In the notice issued to Ramesh Jarkiholi, while seeking a response from him for not attending the meeting, CLP leader Siddaramaiah has also sought an explanation about the media reports that he was joining the BJP and about his visit to Delhi and Mumbai to meet saffron party leaders.

It is interesting to note that less than 100 days remain for the upcoming Lok Sabha elections and it seems power struggles have already begun. The fresh crisis in the State had begun on Sunday when State Water Resource Minister DK Shivakumar had said the BJP’s ‘Operation Lotus’ to topple the state’s coalition government was on and alleged that three Congress MLAs were camping at a hotel in Mumbai in the “company of some BJP leaders”.

However, Both the ruling Congress- JD(S) and BJP have alleged each other of ‘Horse-trading’ despite CM HD Kumaraswamy said that his government is under no threat from saffron party.