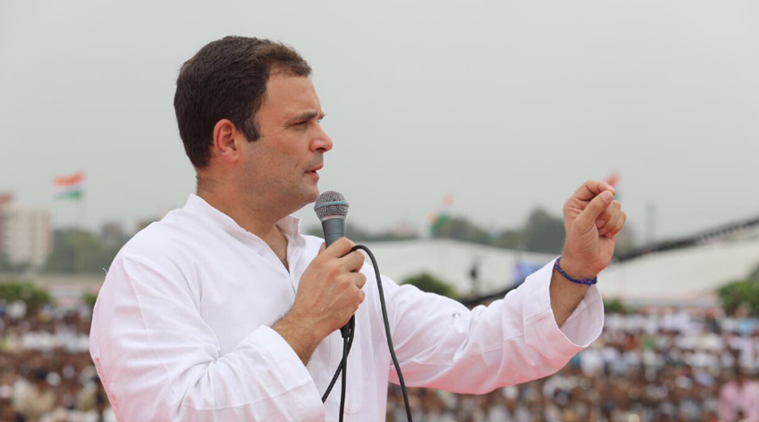 New Delhi, May 2 (IANS) The Election Commission on Wednesday sent a notice to Congress president Rahul Gandhi for an alleged violation of the Model Code of Conduct over his remarks that the Bharatiya Janata Party (BJP) government has made a new rule under which the tribals can be shot and asked him to reply within 48 hours.

The poll panel said that the Congress President while addressing a public meeting in Madhya Pradesh’s Sahadol on April 23 made a statement which violated the model code of conduct under Para (2) of the part (1) of General Conduct of Model Code of Conduct for the guidance of Political Parties and Candidates.

The EC’s action comes after BJP Madhya Pradesh leader Om Pathak and Neeraj approached the poll panel and complained against him.

While finding him for violating the MCC, the poll panel has asked the Congress leader to file his reply within 48 hours.

Earlier, the Election Commission of India on Thursday issued a notice to Congress President Rahul Gandhi for violation of Model Code of Conduct over Congress’ NYAY banner put up on a wall in Amethi parliamentary seat.

General Elections 2019 is being across seven phases starting April 11 to May 19. The voting on 72 Parliamentary constituencies as a part of Phase-IV is underway today.

Counting of the votes will be held on May 23. Voting in 29 seats of Madhya Pradesh will across in 4 phases: April 29, May 6, May 12 and May 19. In 2014 General elections, amidst heavy Modi wave, BJP swept MP with 27 seats, while Congress managed to bag only 2 seats in the state.