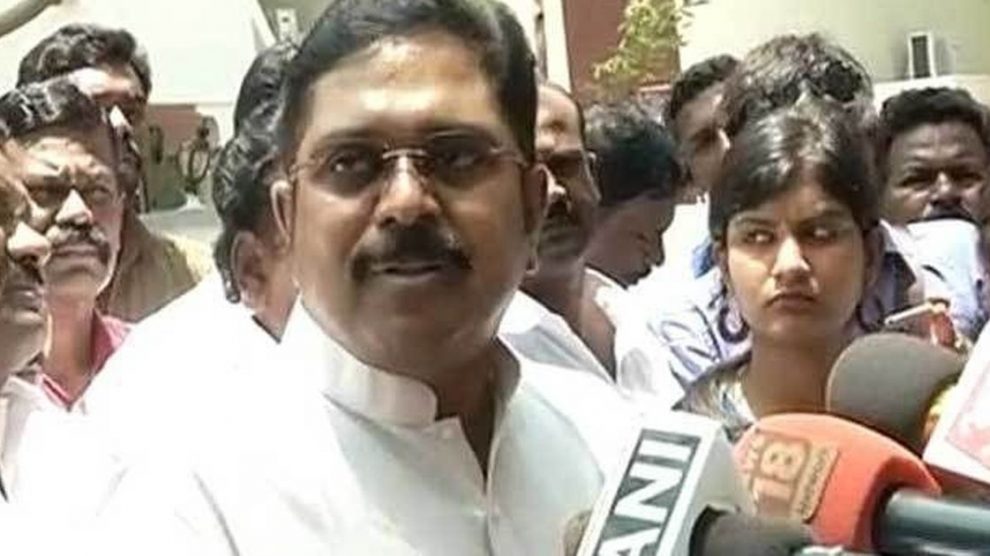 During a high-level meeting of AIADMK to discuss party's performance in bypolls, 5 leaders were expelled & 4 stepped down from their post.

The All India Anna Dravida Munnetra Kazhagam after facing defeat in the RK Nagar bypolls, which was the seat of late Jayalalithaa,  removed four loyalists of TTV Dinakaran and expelled five, from the party on Monday.

TTV Dhinakaran, the rebel AIADMK leader who was expelled from the party a few months back on the grounds of him and Sasikala allegedly believed to be involved in the reason for the death of Former Chief Minister of Tamil Nadu, Jayalalitha, won the RK Nagar seat. The seat was earlier with Jayalalitha and lay vacant after her demise. The EPS faction had put forth a condition before the merger that the OPS faction will have to take actions against Sasikala, who is already in Jail and her close aide Dhinakaran if the factions seek a merger. In order to get the long awaited factions back together, the EPS had agreed to the demands of OPS faction and expelled Dhinakaran from AIADMK.

However, after his expulsion, there was a lot of chaos in the party, since many of the supporters of Dhinakaran went with him. Challenging the majority of the ruling AIADMK in the assembly, Dhinakaran called for a floor test, which is for the time being postponed in wake of the pending cases in the court.

A lot has been changing in the political equations of Tamil Nadu, since the merger if OPS and EPS and the expulsion of Dhinakaran. As if this was not enough for the party to deal with, the 2G scam verdict was also in the favour of the DMK leaders who were accused in the case. The special CBI court, in New Delhi, acquitted all the 17 accused in what was called the biggest telecom scam. In the 17 that were free from all the charges, were, former Telecom Minister, A Raja and the daughter of DMK Patraich Karunanidhi. After the 2G verdict, the morale of DMK ha been boosted and the party is all set for a thumping come back in the politics of Tamil Nadu.

With DMK back in the race and Dhinakaran winning the RK Nagar by polls, tensions for the ruling AIADMK is rising day by day.

As per the media reports, Dhinakaran became the first candidate in 13 years to defeat AIADMK in a by-election. Following the results of the bypolls, Tamil Nadu Chief Minister E Palaniswami and Deputy Chief Minister  O Panneerselvam, in a joint statement said announced the expulsion of 5 AIADMK members for anti-party activities. These members including a few more were alleged to extend their support to the rebel Dhinakaran in the by polls.

Meanwhile, after his victory, Dhinakaran in his statement to the press said that “It is a victory for all.  This government will not be here for two more months. Two leaves symbol was a victory symbol when it was with Amma [Jayalalithaa]. But now it’s with the villains, how can they win.”

P Vetrivel, one of the AIADMK member, who was forced to step down from his post was charged by the Chennai Police on December 20, a day before polling, for releasing a video clip of late Tamil Nadu Chief Minister Jayalalithaa from when she was undergoing treatment at Chennai’s Apollo Hospital before her death in 2016.

Responding to the RK Nagar bypolls results, Tamil Nadu Chief Minister and AIADMK joint co-ordinator Edappadi K Palaniswami in his statement to the press after the high level meeting convened, said that “This is no defeat at all. It was the result of a secret understanding between TTV and the DMK.” He further added that actions will be taken against those who worked against the party.

Responding to a query on the rebellions in AIADMK, senior AIADMK leader C Ponnaiyan in his reply to the reporters said that “Dindigul Sreenivasan and Raju had official engagements, while Rajhenthra Bhalaji was not well. The party is very much united and there is no question of any rebellion. Even if someone turns rebel, where will they go, after all, TTV is an independent MLA.”

Making scathing attacks on DHinakaran, the OPS faction said that “Whatever Dhinakaran says are a bunch of lies. Am senior to him in politics by 18 years and how can he usher me in politics. Dhinakaran has won the R K Nagar bypoll by tricking voters. He is a ‘maaya maan’ (magical deer) and those who trust and follow him will suffer the fate of what happened to those who believed in such a deer in Ramayan.”

Significantly, all the 9 AIADMK members against whom the party has taken the action are firmly with Dhinakaran. Reacting to the expulsion of the leaders, Thanga Tamilselvan, one of the leaders who stepped down from his post, claimed that they are the real AIADMK. “Who are they to act against us? The R K Nagar result has clearly showed that we are the real AIADMK,” he said.

If God willing, I will enter politics”, Rajinikanth to announce decision on December 31
Will review decisions taken by Congress government: Jairam Thakur