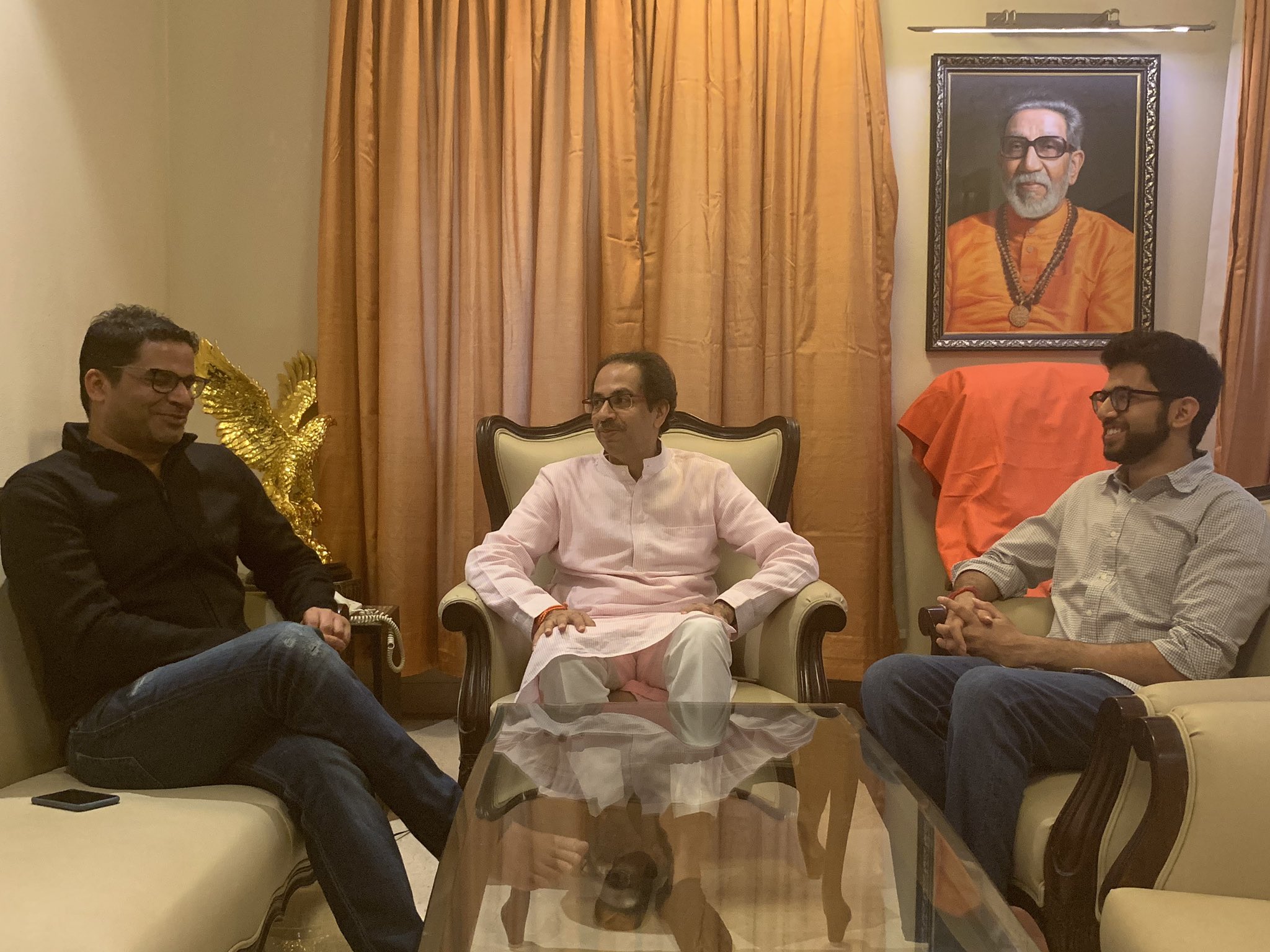 However, Shiv Sena MP and Spokesperson Sanjay Raut termed it as ‘Courtesy Visit’. He added, “He is a leader of one of NDA’s allies and he met Uddhav ji in that regard. See it as a courtesy visit and not a political visit.”

Sanjay Raut, Shiv Sena on JDU leader and strategist Prashant Kishore: He is a leader of one of NDA's allies and he met Uddhav ji in that regard. See it as a courtesy visit and not a political visit. pic.twitter.com/ofNTIOEchO

Sena Chief’s Son Aditya Thackeray took to Twitter to shared the images. He said in a tweet, ‘Today Uddhav Thackeray ji and I had a special visitor over lunch. Some great talks @PrashantKishor ji.

Today Uddhav Thackeray ji and I had a special visitor over lunch. Some great talks @PrashantKishor ji. pic.twitter.com/LerBwfGp8E

Later, Prashant Kishore shared the tweet adding, “Thank you for your warm hospitality Uddhav ji and @AUThackeray. As part of NDA, we look forward to joining forces with you in Maharashtra to help secure victory in upcoming Lok Sabha elections & beyond. @nitishkumar”

In the 2014 Lok Sabha elections, the BJP and Shiv Sena contested as alliance partners and won 41 seats out of a total of 48 at stake in the state.BJP had won 22 seats, while the Shiv Sena got 19. However, they contested the subsequent assembly polls separately.

Reports suggest that Prashant Kishore has offered to help Sena in strategizing front but only in Maharashtra. Things in Maharashtra is, however, does not seems to be going between Shiv Sena and Bhartiya Janta Party.

Earlier, there have been speculations about Shiv Sena going Solo in Maharashtra. BJP President Amit Shah in January had set a deadline of January 31 for Shiv Sena to take a call on the future of Shiv Sena’s alliance with them. Amit Shah during a meeting with Maharashtra MPs in January indicated a possibility of the saffron party might go alone it things with Shiv Sena could not be materialized. Amit Shah while addressing a meeting in Mumbai reportedly give this message to Party’s Maharashtra Parliamentarians.

Shah said that if need be, we should be prepared to contest all 48 Lok Sabha seats in Maharashtra,” the MP told PTI.