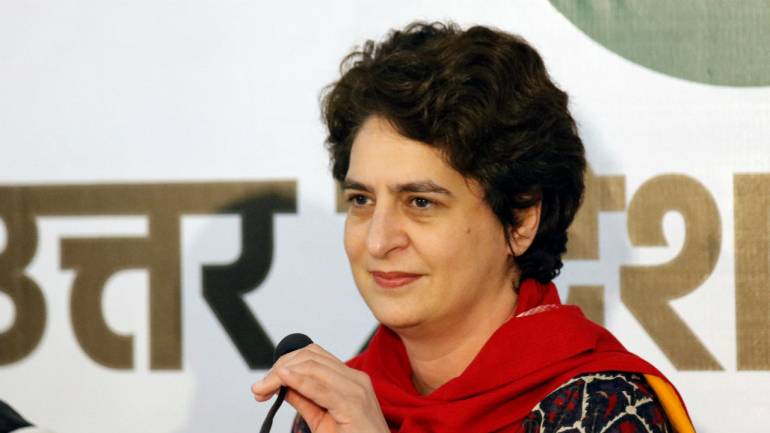 Ahead of the much-awaited judgment in the Ayodhya land dispute case, Congress party’s Uttar Pradesh unit has directed all of its leaders to stand as one on the issue. The decision has been taken by the party to ensure that it’s party does not seem to be on different stands like it happened with Article 370.

On Article 370, various party leaders of the grand old party took an opposing view. Leaders like Bhupinder Singh Hooda, Milind Deora, and others supported the repeal of the act while Congress’s offcicial stand was not the same. Ghulam Nabi Azad and P Chidambaram had condemned the decision by ruling party

The instruction was offered to the party members by the general secretary Priyanka Gandhi while she was addressing an Advisory Committee meeting. She also said that the party member should refrain from commenting on the matter and wait for the official stand of the party. It has been reported that a written statement will be issued by the central leadership, following which the members have to toe the party’s views.

It has been speculated that the Ayodhya judgment will be of crucial importance to the political parties in the state.

Supreme Court has announced that the decision on the matter will be finalized between November 4 to November 17. The case was heard by a 5-judge constitution bench which included CJI Ranjan Gogoi, Justice SA Bobde, DY Chandrachud, Ashok Bhushan and Abdul Nazeer.

The court heard the matter for 40 days straight, right from the 6th august after the mediation panel headed by Judge FM Ibrahim Kalifullah was unable to come out with an amicable solution.

Supreme Court started hearing the batch of petitions against the judgment of Allahabad High court that had divided the 2.77-acre in Ayodhya among the Sunni Waqf Board, the Nirmohi Akhara and Ram Lalla equally.

NCP supremo Sharad Pawar meets Sonia Gandhi; apprises her of political situation in Maharashtra
Sanjay Raut: Next Chief Minister of Maharashtra will be from Shiv Sena only
Comment