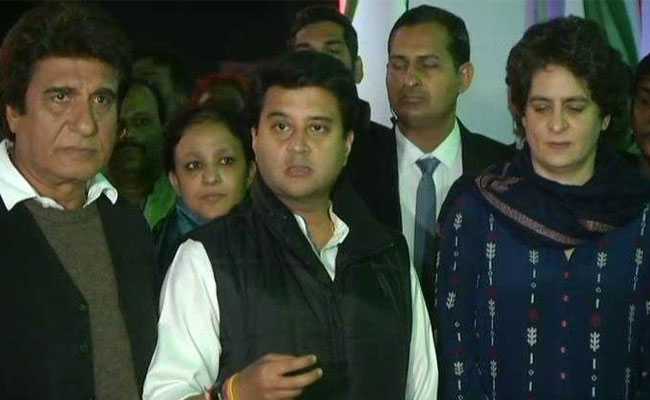 The Meeting that was called to discuss the Lok Sabha Polls 2019 planning culminated at around midnight. The Uttar Pradesh Top Brass Leadership came hours after Bahujan Samaj Party and Samajwadi Party announced its seat-sharing arrangement in Uttar Pradesh.

As per seat sharing deal, BSP will field its candidates of 38 seats while SP settles for 37 seats. However, the SP-BSP alliance will leave Congress Bastions Amethi and Rae Bareli.

According to sources, Discussions in the meeting were held regarding the Uttar Pradesh State President post, however, it was concluded not to make any change in State President as Lok Sabha Polls are just weeks away. Raj Babbar currently holds the Top Post in Congress in Uttar Pradesh.

According to the party’s state functionary, Workers in their interaction with the Priyanka Gandhi has appreciated the role of Raj Babbar as the UP Chief but were critical of his work in terms of managing the Organization. However, with Lok Sabha Polls approaching fast, it has been decided not to make any change.

The Idea of having two state presidents in the state that sends 80 MPs was also kept aside.

Priyanka and Scindia had recently done a massive roadshow in Lucknow on February 13 to begin their Poll Campaign. Congress President Rahul Gandhi was also present along with his sister Priyanka Gandhi and Jyotiraditya Scindia. Priyanka Gandhi and Jyotiradity Scindia held a series of discussions with party workers last week in Lucknow, with at least one session lasting through the night.

Priyanka Gandhi earlier this week also held interaction with Party Workers in Bundelkhand. She reportedly said, ‘I cannot do a miracle. I need your support for strengthening the party in the state,” said the leader, quoting Priyanka.

With Samajwadi Party(SP) and Bahujan Samaj Party(BSP) stitched an alliance in Uttar Pradesh, Congress has intensified its efforts to revive the party for Lok Sabha Polls 2019 in the state that sends 80 parliamentarians to the Lok Sabha.