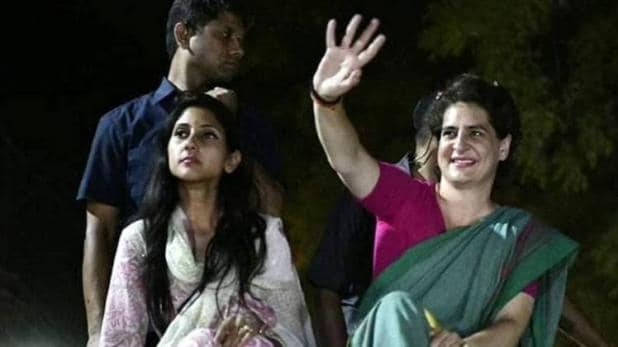 Rae Bareli, May 15: Congress General Secretary Priyanka Gandhi flew to Rae Bareli in Uttar Pradesh on Wednesday to meet Congress legislator Aditi Singh and members of the zila panchayat who had been injured in an attack on them on Tuesday.

Priyanka arrived in Rae Bareli in the afternoon and went to the zila panchayat office to meet members who had been assaulted on Tuesday.

Aditi Singh and members of the Zila panchayat were on their way to vote on a no-confidence motion against the Zila panchayat head Avadesh Singh when they were attacked by a group of men in which three cars in the convoy overturned.

Avadesh Singh is the brother of Dinesh Pratap Singh, the BJP candidate from Rae Bareli. The outgoing MP and the Congress candidate on this seat is UPA chairperson Sonia Gandhi.

Aditi Singh alleged that some Zila panchayat members are missing after the incident.

Inspector General of Police S.K. Bhagat said that necessary action was being taken in the matter.