The Indian Wire » Politics » ‘Can’t Do Miracle, Workers can only strengthen Congress’: Priyanka Gandhi in Bundelkhand 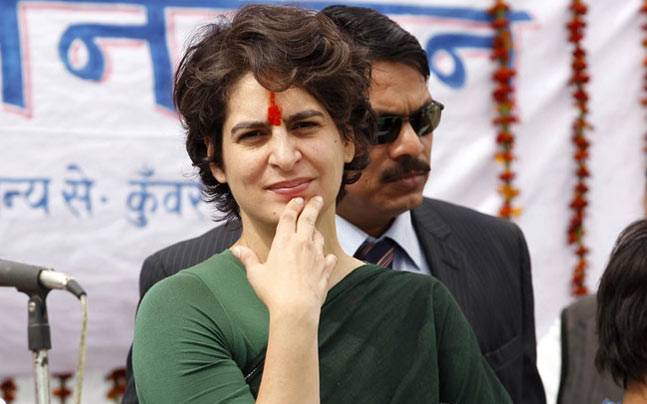 Congress General Secretary and In-charge of Uttar Pradesh East Region Priyanka Gandhi Vadra on Monday told party workers not to expect a ‘miracle’ from her in the Lok Sabha Polls 2019. Priyanka’s remarks came while she was speaking to the party’s workers in Bundelkhand.

‘I cannot do a miracle. I need your support for strengthening the party in the state,” said the leader, quoting Priyanka.

Priyanka Gandhi also warned party workers against going against the party and said anyone found indulging in the ‘anti-party’ activities will be shown doors.

Workers presented a statue of Rani Laxmi Bai to Priyanka Gandhi who said he was inspired by the erstwhile ruler of Jhansi, a leader told.

Priyanka Gandhi and Jyotiraditya Scindia who were appointed as AICC General Secretaries of UP East and West respectively held a massive roadshow on Feb 11 along with Congress President Rahul Gandhi. The Congress leader has held a series of discussions with party workers last week in Lucknow, with at least one session lasting through the night.

It is noteworthy that Rahul Gandhi earlier this month during a meeting of general secretaries and state in charges at the party headquarters at 24, Akbar Road, made similar remarks. Backing his sister Priyanka Gandhi and newly appointed general secretary  Jyotiraditya Scindia and Rahul Gandhi said they should not feel pressure with fast approaching Lok Sabha Polls. He said he did not expect a “miracle” from Priyanka Gandhi and Jyotiraditya Scindia, party general secretary in-charge of Uttar Pradesh west, in two months, and that they should not feel any pressure.

With Samajwadi Party(SP) and Bahujan Samaj Party(BSP) stitched an alliance in Uttar Pradesh, Congress has intensified its efforts to revive the party in the state that sends 80 parliamentarians to the Lok Sabha.