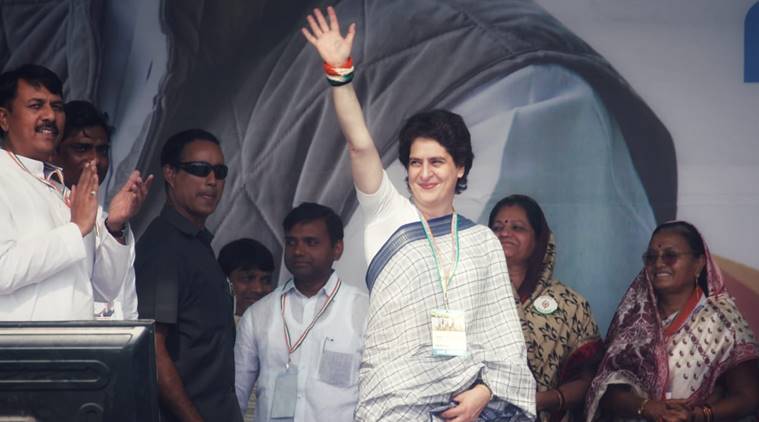 Congress General Secretary Priyanka Gandhi‘s rally slated in Himachal Pradesh‘s Sundernagar got cancelled due to bad weather. Speaking about the development, Congress Leader Anand Sharma told ANI that Priyanka Gandhi chopper could not take off from Kangra Airport and hence the scheduled rally was called cancel.

Sharma added, “The Weather Department had predicted bad weather between Kangra-Sundernagar and the pilot has also filed a report on the same, Hence we have to cancel her rally.

Aashray Sharma is the grandson of former Union Minister Sukhram. Both Aashray Sharma and Sukhram had on March 25 joined Congress in the presence of Congress President Rahul Gandhi and State Chief Kuldeep Singh Rathore.

While Aashray Sharma’s father Anil Sharma who was a minister in Jairam Thakur‘s cabinet in the state has recently resigned from the minister post.

Anil Sharma speaking to media earlier said that being in the BJP he will not campaign against his son who is contesting on Congress Ticket in the mega polls. Sharma had in past was associated with Congress and was a minister in Virbhadra Singh government.

In 2014 General Elections, BJP banking on the ‘Modi Wave’ bagged all 4 Lok Sabha seats of the hill state.