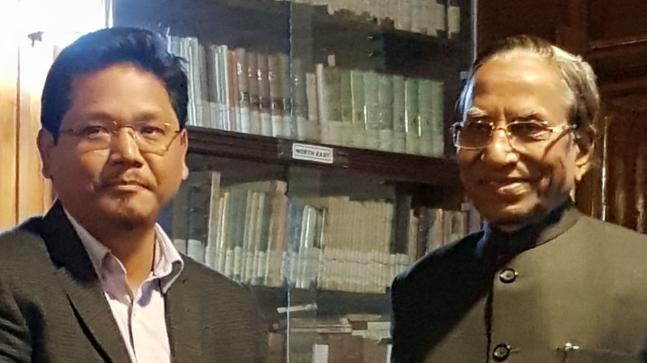 In the poll results announced on Saturday, the Congress stood at 21, NPP at 19, BJP at 2, while others on 17. However, in the 59-seater assembly, this means a no clear majority for any party to form a government. While still a mere 2 seats, the BJP has found adobe in the making of government. NPP leader Conrad Sangma submitted a letter of support from 34 MLAs, including 19 from NPP, six from United Democratic Party (UDP), four from People’s Democratic Front (PDF), two each from Hill State People’s Democratic Party (HSPDP) and the BJP, and an independent. Conrad Sangma is currently a Lok Sabha member from Tura seat in Meghalaya.

Sangma told PTI and other reporters, “It is not an easy task. But the parties who are supporting us are committed to working for the welfare of the people and the state. We will work on a common agenda,” when asked about the challenges of forming a coalition government.

The formation of government in Meghalaya will strongly hold BJP’s foot in six of the seven northeastern states. It is currently in power in Assam, Manipur, and Arunachal Pradesh and is going to form governments in Tripura, Nagaland and perhaps Meghalaya.

However, not everyone is welcoming this alliance of parties seeking to form a government in Meghalaya. Congress leader PL Punia of Meghalaya called the proposed alliance between BJP, NPP and others in Meghalaya “lethal for democracy”. Citing his own version of examples he said that the same happened earlier in Goa and Manipur. In Goa and Manipur, the BJP has formed coalition governments. Punia added that it is nothing but an attempt to destabilize people’s mandate.

Ye to aisa ho raha hai jaise jiski laathi uski bhains. This happened earlier in Manipur and Goa. Efforts are being made to destabilise the mandate of people. This is lethal for democracy: PL Punia, Congress #Meghalaya pic.twitter.com/uGlYQdJcQ9