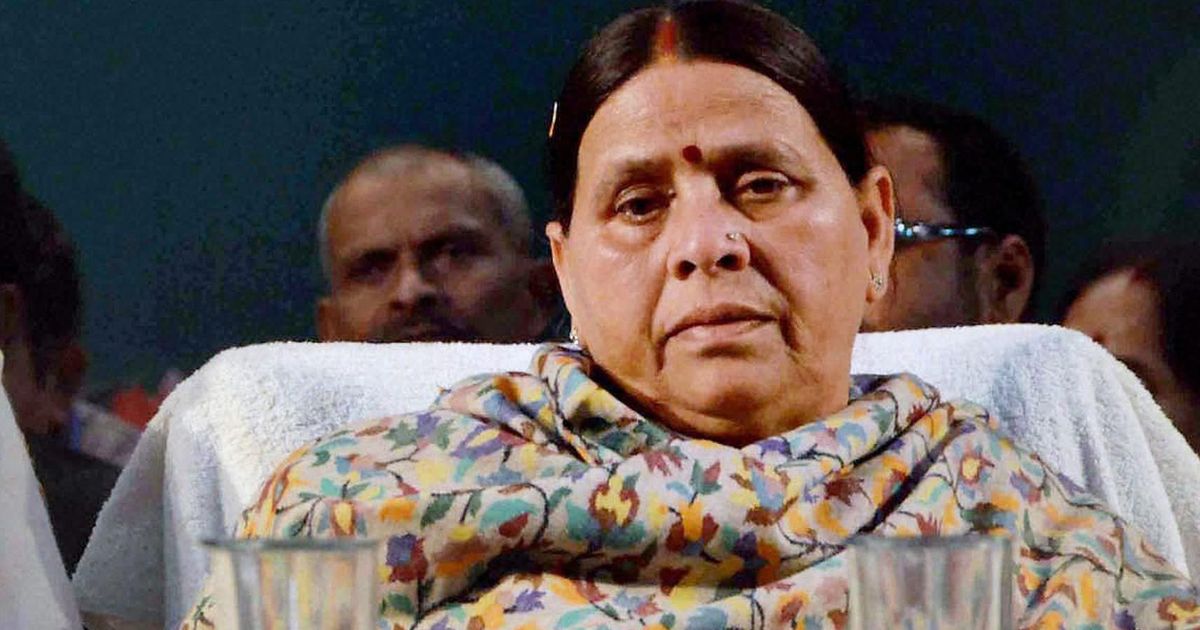 Rabri Devi, former Bihar chief minister falsified the claims by the incumbent Chief Minister Nitish Kumar‘s of not asking the RJD and JD(U) should merger together. Rabri Devi on Friday said that Prashant Kishore, the emissary of Bihar’s Chief Minister, Nitish Kumar had met her husband Lalu Prasad Yadav RJD President, with the proposal to merge RJD with JD(U) and declare a prime ministerial candidate after he joined NDA-led government. She alleged that Kishor is lying if he is denying any such proposal.

Nitish Kumar’s emissary Prashant Kishor, however, denied the statements saying that “if I were to reveal what we talked about in the meeting, Lalu Yadav will be deeply embarrassed.”

Nitish Kumar claimed that Lalu Prasad Yadav is in touch with Prashant Kishor even when he is in jail. They exchange conversations.

In huge distress, Rabri Devi rebuked Nitish Kumar saying, “we as family members do not get the opportunity of a telephonic call with him.”

Rabri Devi said that she asked Kishor to go away as they had no trust left for Nitish Kumar after he betrayed the party and did not stick on his resolution of not joining with BJP. She said that Nitish Kumar betrayed the grand alliance of RJD-JD(U)-Congress. He rejoined the BJP-led NDA.

Rabri Devi alleged that Nitish Kumar called upon the party five times to merge the parties and declare a candidate “in broad daylight and not clandestinely in the dark of the night.”