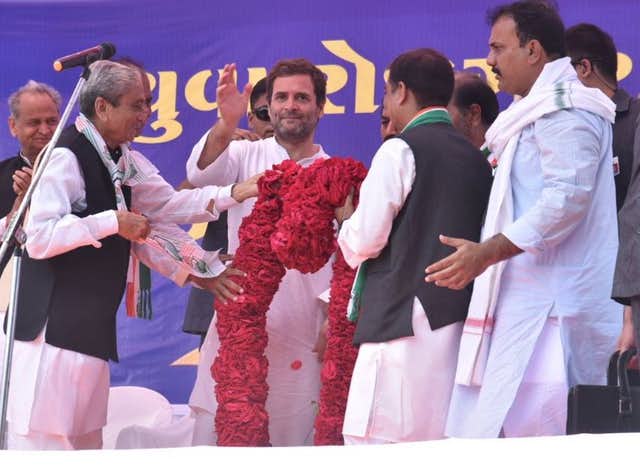 Rahul Gandhi embarked on a 3-day tour to Gujarat on 9 Oct, this is the 2nd phase of the party's four-phase Gujarat tour prior to the polls.

Congress Vice-President Rahul Gandhi has kick-started the second phase of the election campaign in Gujarat, which will be holding the assembly elections in Dec this year. He began the campaign from Saurashtra a few day back.

The Congress has planned for a four-phase campaign in the poll-bound state, focusing on all sections of Gujarat. The campaign, along with luring the voters is also aiming at clearing the party’s image of anti-Hindutva. Therefore all the tour’s of the Congress Vice-President will also include visiting various temples in the state.

BJP has been ruling the state for 17 years, out of which Prime Minister Narendra Modi was the Chie Minister of the state for 13 years. Modi being the national face of the party and the BJP being in rule for so many years have made the party a little confident of nailing down the elections this time also. However, looking at the recent developments in the state with the OBC, Dalits, Patidars and the Muslim getting a little dicey on supporting BJP, these elections may hold some different results.

The Congress leader wrapped up his first leg of the campaign, his three-day Navsarjan Yatra in Gujarat’s Saurashtra region. Significantly, just a day ahead of the second visit of Rahul, Prime Minister Narendra Modi had also visited the state for two-days, inaugurating quite a number of projects and also visiting his hometown Vadnagar, for the first time, since he became the PM.

To this recent visit of Modi, the Congress had mocked that, how is it, that in three years, the Prime Minister suddenly remembered visiting his hometown just 2 months ahead of the assembly elections in Gujarat.

Rahul is on a three-day Yuva Rojgar Khedut Adhikaar Navsarjan Yatra from Ahmedabad, Gujarat, beginning from 9 Oct. During his visit, the Congress leader will be covering several districts in central region including Ahmedabad, Kheda, Anand, Vadodara, Chhota Udaipur, Dahod and Panchmahal, by bus.

While addressing a Jansabha at Khatraj on the first day of his visit, Rahul attacking the Prime Minister had said that Modi’s Gujarat model has failed. He said that the BJP government only talked and showed dreams but never fulfilled any of them. He also assured the gathering that if Congress comes to power in Gujarat, it will be the government of the people. It will not force its decision on them rather, perform every little task after consulting the people, he said.

Addressing the gathering he asked the people to question themselves that in the past years, since BJP has been ruling in the state, What have the minorities, the OBC, the poor and the farmers get from the ruling government in Gujarat. Attacking the BJP, Rahul said that in Gujarat it is all about money, if you money than you will get everything, good education, good healthcare, lands, jobs, business, everything, but you are you are poor nothing will be done for them. And this is the Gujarat Model of Narendra Modi, he mocked.

He Praised the achievements of the current Gujarat Congress party President and former Chief Minister of Rajasthan, Ashok Gehlot. He said that it was during the reign of Gehlot that medicines were made available for free in Rajasthan and the hospital doors were open for the poor and the same will be done in Gujarat if Congress comes to power.

During his speech, Rahul, taking a jibe at Modi said that the doors of Gujarat government are only open for few industrialists, but if Congress comes to power, this will not be the case. The Congress government will be for all the people, he said. He said that Gujarat is changing, the people are becoming more aware, the entire nation knows this and even Narendra Modi is well aware of this fact.

Hitting hard on the failure of Modi’s Gujarat model, Rahul said that people know the reality of the PM’s model and they also know about the model that was put up by Congress years back. Talking about the achievements of Congress while its reign in Gujarat, Rahul reminded the people that it was his party that established the state with the ‘White Revolution’ with the setting up of the Amul project in Gujarat and making it an example for all other states as well. He said that the Congress Gujarat model will be a model of the poor, the farmers and the minorities.

Criticising the Modi government over the failure of creating jobs, Rahul said that everyday 30,000 youth come out in the market in search of employment, out of which only 450 get the jobs. He said that an army of the unemployed is being created. He further added that the competition is with China, everything that is being sold is made in China, Around 50,000 people get employed in China on a daily basis, but in India, only 450 are hired. He questioned that why the issue of unemployment increasing day by day. Once again underlining extra favors to a few industrialists given by the ruling government, Rahul said that those industrialists are not going to provide job to anyone.

The Congress leader also highlighted the fact that despite he new land acquisition act, the Modi government is forcefully taking away lands from the farmers, without giving them the compensation they deserve. He alleged that the Gujarat government has taken away 1000’s of acres of land from the people and gave them to the few favored industrialists.

Addressing the gathering Rahul also hit the BJP government saying that when it comes to asking votes, they talk about Dharam and religion, but when it comes to fulfilling the promises made they forget everything. He also brought up the recent matter of Amit Shah’s son Jay Shah. He said thatModi’s initiative of ‘Startup India’ and ‘Make in India’ have only benefited “one individual”.

He questioned that “What kind of a startup company is this? He (Jay) started with Rs 50,000 and now has Rs 80 crore. It seems ‘Make in India’ and ‘Startup India’ was only for one person… Modi had said he did not want to be the PM, but a chowkidaar (guard) of this country. Where is this chowkidaar?”  Repeating the slogans of Modi Rahul questioned that the Prime Minister had said that neither he will eat nor he will let anyone eat (na khaunga, na khane Dunga) than how come only one company benefited from his initiatives and that also only after 2014. 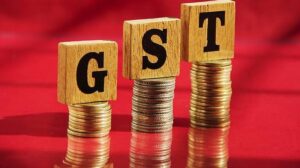