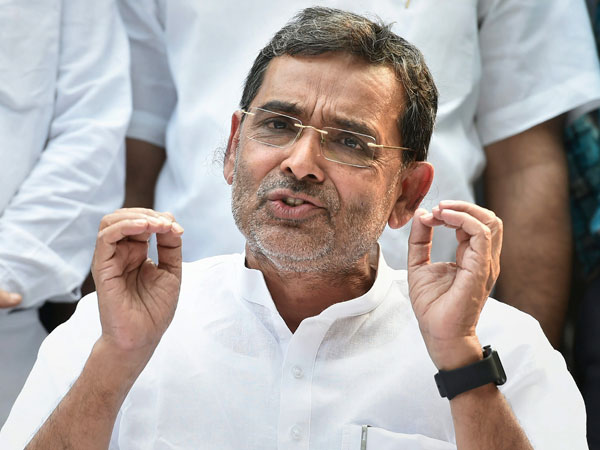 Rashtriya Lok Samta Party (RLSP) Chief Upendra Kushwaha on Friday backed the Congress President Rahul Gandhi for next Prime Minister. Former NDA ally, RLSP who had recently join forces with ‘Mahagathbandhan’ in Bihar, also feels that situation like Uttar Pradesh would not erupt in Bihar. In Uttar Pradesh, Samajwadi Party and Bahujan Samaj Party had announced its Poll tie-up keeping Congress away from the Coalition. RJD Leader and Opposition of Leader in Bihar Tejashwi Yadav had on January 14 also hinted that RJD will not ignore Congress. ‘Congress has been with us from early’ he said reportedly.

Upendra Kushwaha, while talking to a news wire IANS, said, “Our party is supporting Rahul Gandhi for Prime Minister. This is not the decision of the Grand Alliance but our party wants him to be the Prime Ministerial candidate,” RLSP President Upendra Kushwaha told IANS.

“Rahul is fit to be Prime Minister. In recent times he has matured. He has an understanding of the country. In his family he has seen a lot of ups and downs. He is understanding the world now. He is young and so he should be Prime Minister,” former NDA ally said while lauding Congress President Rahul Gandhi.

Speaking on the seat sharing in Bihar, Kushwaha told IANS, “RJD and Congress are big parties. In Bihar, RJD is bigger and at the national level Congress is a bigger party. If both the parties get respectable number seats, the decision will be announced soon”.

RLSP is likely to contest five seats in Bihar while a single seat in Jharkhand.

Asked about reports of merger talks between RLSP and Sharad Yadav’s Loktrantrik Janata Dal (LJD), he said it was not about merger between two parties but bringing together those who fight for social justice.

However, this is not the first time that an ally has proposed the name of Congress President Rahul Gandhi for Prime Ministerial post. In December last year, while addressing a massive rally in Chennai to unveil the statue of his father, K Karunanidhi, DMK Chief MK Stalin proposed the name of Rahul Gandhi as the Prime Ministerial Candidate for the upcoming general elections 2019 to take on what he called the “destructive governance” of the BJP-led NDA government.

MK Stalin reportedly said, ‘We will install a new Prime Minister in Delhi, and I propose the candidature of Rahul Gandhi from Tamil Nadu.” Stalin also asked all the opposition parties to join hands of Congress President and ‘save the nation’