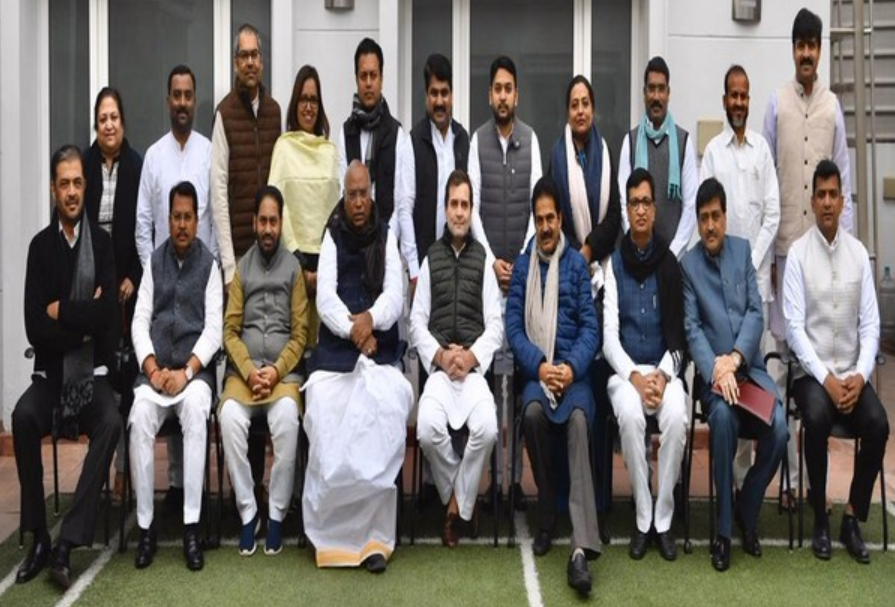 Congress leader Rahul Gandhi held a meeting of his party ministers in Maharashtra government at his New Delhi residence on Tuesday. It is also expected that the leaders from Maharashtra will go on to meet the party’s interim president Sonia Gandhi also.

The meeting comes at an important juncture when the Maharashtra cabinet recently took oath on December 30. The meeting saw the participation of senior party leaders such as Mallikarjun Kharge and KC Venugopal. Nationalist Congress Party leader Ajit Pawar was sworn-in as the Deputy Chief Minister. In the ceremony, a total of 36 leaders from Shiv Sena, Nationalist Congress Party (NCP) and Congress, took oath as ministers in the Maharashtra government on Monday.

However many of the Congress leaders such as Ashok Chavan, Dilip Walse-Patil, Dhananjay Munde, Sunil Chhatrapal Kedar, and KC Padavi have not been assigned any ministerial portfolios.