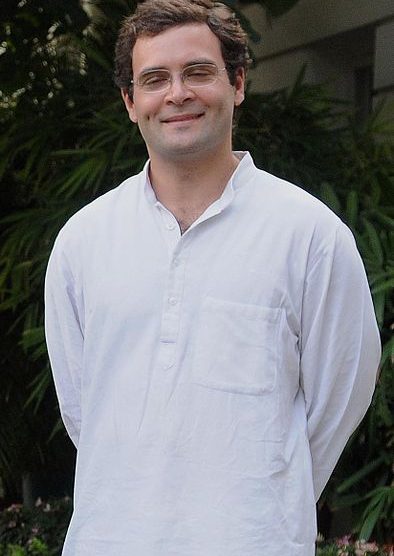 On the whole issue of Cambridge Analytica and Facebook data, BJP blamed the Congress. Congress and its party leaders rose to defend themselves.

Congress president Rahul Gandhi defended the party saying that the data theft allegation was being made so as to avoid addressing the real issue of 39 Indians who have been killed in Mosul. According to him, the BJP is inventing the story so as to blame the Congress.

He also faulted the media for ‘biting the bait’. The scam though of the Facebook data and the British company Cambridge Analytics has become an international issue. The BJP is of the opinion that the Congress had bought data from the company to win voters in the 2019 elections. But Congress believes that BJP is propagating fake news and instead faulted the BJP for hiring the company’s services during the 2014 elections.

Facebook admitted last week that Cambridge Analytics had obtained data about 50 million users without their consent. That is by no means a small number, amounting to nearly half of India’s total population. BJP leader Ravi Shankar Prasad cited media reports that said that the company would work for Rahul Gandhi in the upcoming elections. BJP has called this Congress’ ‘biggest scam’ yet.

Congress has been claiming that all this is ‘fake news’, if so, then what is the reality? Congress’ defense is that Cambridge Analytica is working with OBI another Indian firm run by the son of an NDA leader. The two have come together in running four successful elections campaigns for the BJP. The Congress also says that these false accusations take away from pressing issues like the PNB scam that’s still not solved and Indians being killed outside the country. Does it matter whether Congress used the data or BJP did or both did? Apparently, the privacy of users being compromised online is not an important enough issue.