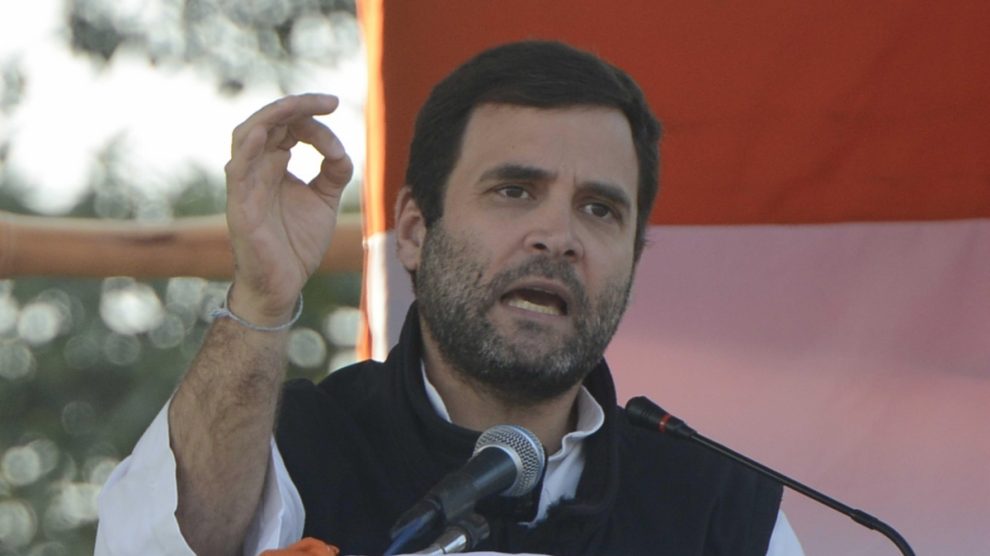 Congress is speeding the process of electing Rahul Gandhi party president by Oct 31, when the party’s organisational elections are finished.

Rahul Gandhi who is currently the Vice President of Congress is soon going to take over as the Party President replacing Sonia Gandhi, according to the sources. Rahul, at present, is on a two-week long tour to the US.

While addressing at the University of California, Rahul had indicated that he is all set to take the responsibility as the Chief Congress but the decision was not his own. As per the latest developments, Congress is planning to hand over the office to Rahul by 31 Oct soon after the party’s organizational elections are completed.

The Congress Central Election Authority has called for an emergency meeting on 3 Oct in New Delhi of all Pradesh returning officers (PROs). It is being said that Oct 10 will be set as the last date to complete all the party election of PCC and AICC members. These selected members will form the electorate to choose the new party president and the new Congress working committee.

Afer the electorate is finalised another meeting of the Congress working committee will discuss the election schedule to elect the new party president, proposed by the Congress Central Election Authority. The final dates for filing the nominations, poll data, etc will be discussed during this meeting.

Meanwhile, the incumbent party President Sonia Gandhi will be holding meetings with the senior leaders of the state during which the new PCC chief will be decided.

Also, the CEA chairman Mullappally Ramachandran and members Madhusudan Mistry and Bhubaneswar Kalita have announced that all districts should complete the elections for Congress Committee by Sep 30.

Ramachandran in his statement to the ET said that Congress is all geared up for completing the Congress organizational elections, by Oct 31. This schedule also includes the election of the new party President and there will no relaxation regarding these elections, he added. He also informed that according to the party constitution, the ceremonial takeover as the new party President will be held at the AICC plenary session in Nov-Dec. Therefore, it is important to complete all the elections by 32 Oct, he said. He also added that the new Congress Working Committee will also be elected at the AICC plenary session.

Following the succession of Rahl Gandhi as the President of Congress, Sonia Gandhi take the role of a coordinator or chairperson of a panel of Congress. It is most likely that she will also be heading an anti-BJP alliance, if formed, by the like minded parties against the ruling BJP ahead of the Lok Sabha elections due in 2019.