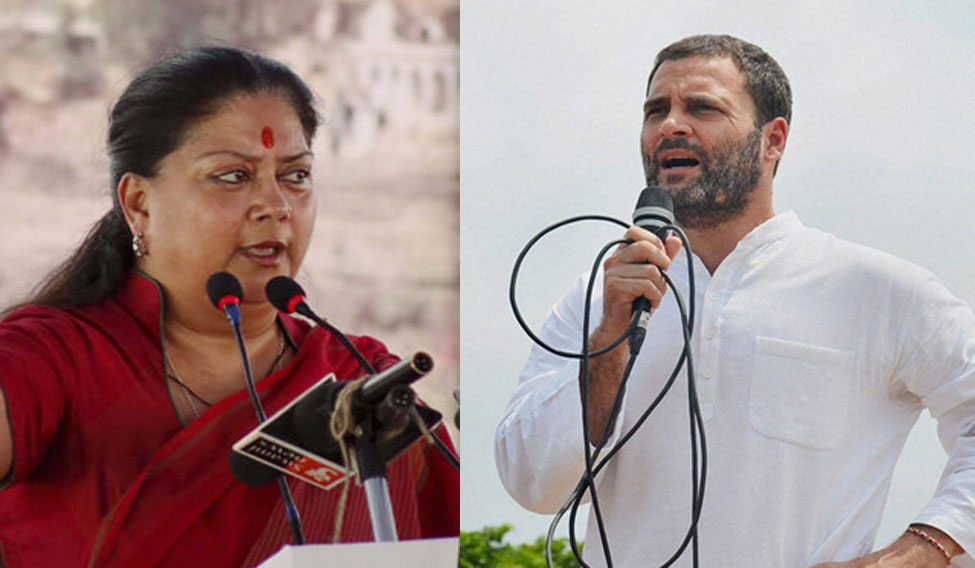 Chief Minister of Rajasthan, Vasundhara Raje is in the middle of her 40-day tour of the state titled, ‘Rajasthan Gaurav Yatra‘. The journey covers 165 of the 200 constituent assemblies, in hopes to interact with the masses, energize party workers, and remove the negative perception of the BJP in the run-up to the state elections. 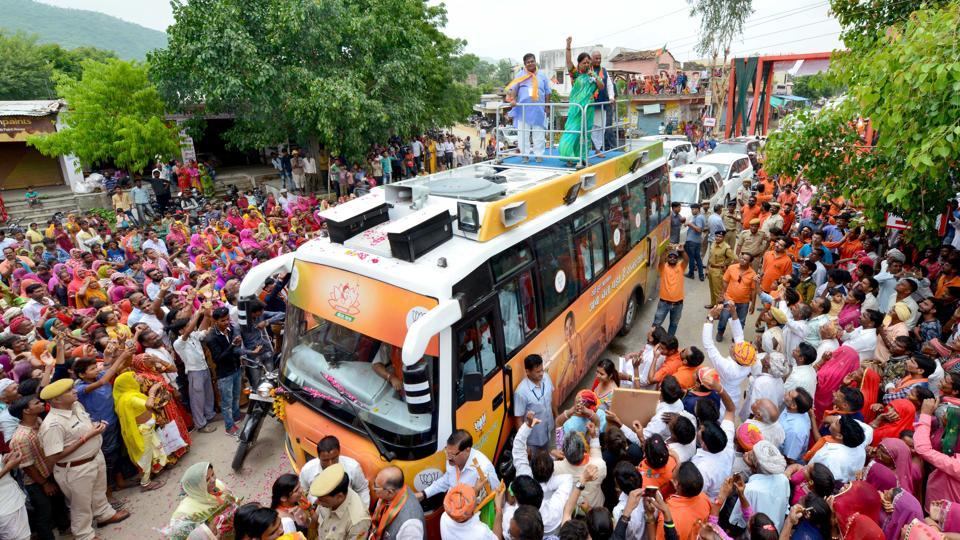 She is conducting the ‘Yatra’ on a modified luxury bus that she calls her ‘Rath‘, which means ‘chariot’ in Sanskrit. The modified Ashok Leyland 407 bus is replete with air-conditioning, a bathroom, and an elevator. The bus even has a sunroof that upon opening up, doubles up as a mini-stand, which enables Raje to address the people from the bus itself.

On Monday, 6th of August, a meeting was called by Rahul Gandhi in New Delhi which was attended by former Chief Minister Ashok Gehlot, Sachin Pilot and state party in-charge Avinash Pandey; to discuss strategies and poll preparations for the Assembly elections this year and the 2019 Lok Sabha elections.

The Congress president directed party leaders to avoid issuing any statements on the chief ministerial face for the assembly polls, according to Pandey. Rahul Gandhi is said to have warned that attendance, “No matter how senior a leader, any unwanted comments on the to-be CM will not be tolerated.”

The Congress will hold discussions after elections, to zero-in on the Chief Minister’s name and the assembly elections will be contested under Rahul Gandhi’s leadership, added Pandey.