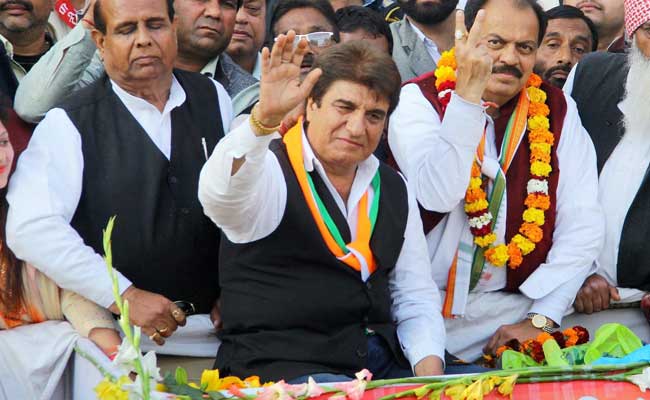 Senior Congress leader Raj Babbar resigned from his post as the president of his party’s Uttar Pradesh state committee yesterday.

Although there was no official communication from Babbar in this regard, the former Parliamentarian and film actor had indicated his decision in a cryptic tweet in which he made a reference to noted Hindi poet Kedarnath Singh to give away his intentions to step aside and put in his papers.

Media reports suggested that the primary reason for Babbar to take this decision is two-fold. Firstly, it was his way of accepting responsibility for Congress party’s poor performance in recently contested Lok Sabha by polls in Uttar Pradesh. The party’s candidates from both seats, Gorakhpur and Phulpur, had lost their deposits and garnered less than two percent of total votes polled in these elections.

The second reason being attributed to Babbar’s decision is new Congress president Rahul Gandhi’s nudge to senior party leaders during a recent speech in which he had said that veterans must now make way for younger faces. Goa Congress chief Shantaram Naik recently resigned from his post citing this reason, and Gujarat’s Bharatsinh Solanki is expected to follow suit soon.

Since his resignation has not been officially accepted yet, reports indicated that Babbar will continue working in his position until a suitable replacement is found for him. It is also being said that Congress could appoint a Brahmin face in Babbar’s place to counter BJP’s attempts at securing non-Yadav and OBC votes.

Who are Lingayats and why they want a minority status?
Siddaramaiah makes BJP admit that loans to industrialists were written off