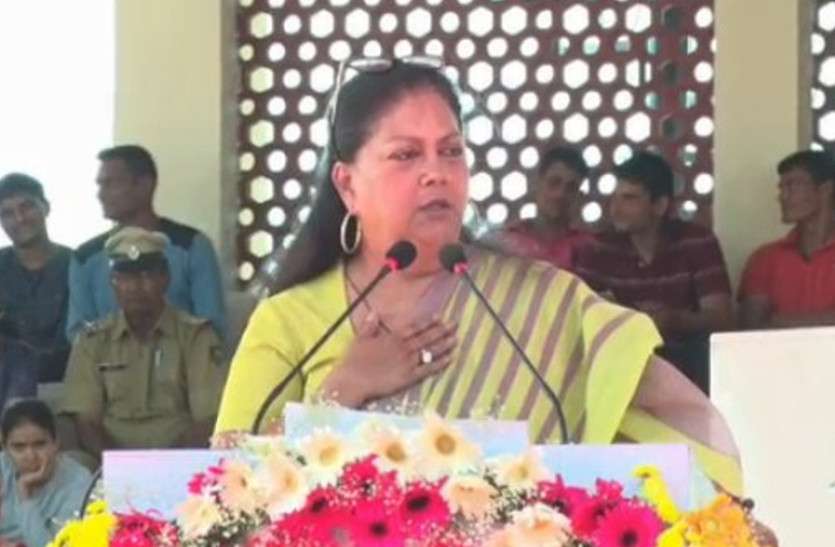 In what can be described as a desperate attempt to woo people of Rajasthan before the upcoming state elections, the CM Vasundhara Raje has promoted over 6000 police constables at once. The event was held at Rajasthan Police Academy (RPA) from September 18-20. Along with the constables, two of their family members were also invited at the event. The constables were selected on the basis of a survey conducted by the Home department. A total of 6082 constables were promoted to the rank of head constables at the event. Such an initiative has never been taken by any state government. The constables attending the event were happy and stated that such a move will definitely encourage them to serve the state with a new vigor. It has been observed that little chances of promotion in the constabulary acts as a hindrance for many prospective candidates.

Currently, the promotions are mainly based on a constable completing a cadre course. But the Raje government has undertaken these promotions based on the years of experience of the constables. The constables who were promoted was said to have completed 18years in service as the state government has made a rule that 50 percent of the promotions will be based on the seniority basis. However, Congress doesn’t seem to have been supportive of this. The NDTV quoted former chief minister, Ashok Gehlot as saying, “Such promotions should be granted after constables have completed their cadre course, but the government is in a hurry. It wants to gain political mileage for the electoral battle ahead,” said Mr Gehlot”. A letter has been written by Congress to chief secretary DB Gupta alleging the government of ‘misuse of government machinery’. It is also said to have objected to the CM’s ‘Gaurav Yatra ‘, aimed at showcasing the achievements of her government. 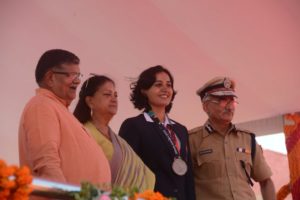 The government has refuted Congress’ allegations and said that these promotions have been carried out for the good of the people and that it was a part of government’s budget announcement. A Jaipur lawyer, Pramod Singh had even filed a petition against such program terming it as a misuse of public funds by the government. However, Rajasthan High Court said the government that it could carry on with the felicitation program but should keep a check on the expenditure.

Similar events have been conducted by Raje’s government earlier this year.  A big function was held to acknowledge the efforts of  sanitation workers and a felicitation program was organized to honor the teachers on 5th of September. Vasundhara Raje led BJP government has also announced an increase in the insurance amount for the constables to DGP.