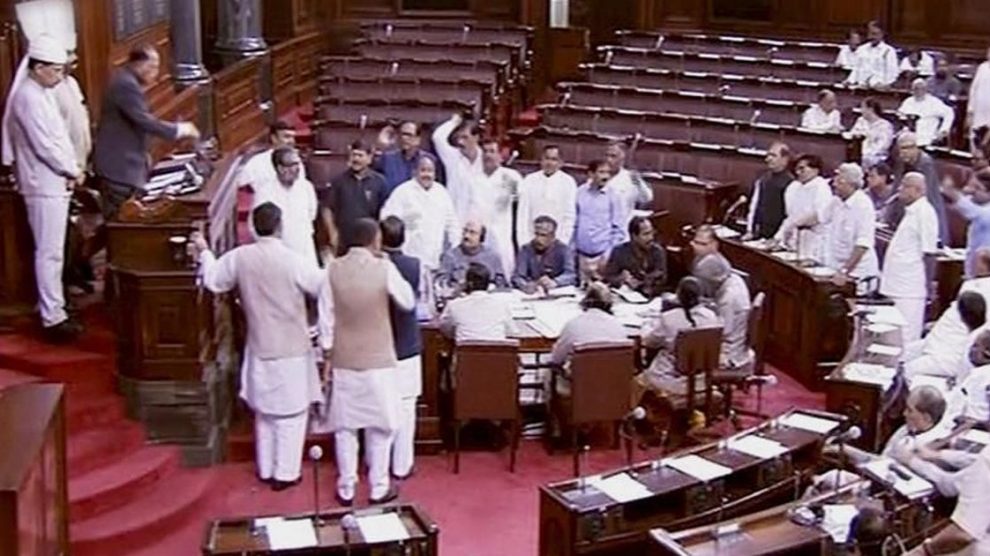 Just moments after the Upper House convened at 11 am, members belonging to Samajwadi Party started sloganeering inside the well after their MP Ram Gopal Yadav raised the issue and accused the local administration of perpetrating atrocities against minority communities.

The Speaker asked protesting parliamentarians to get back to their seats and raise the issue by giving a notice for discussion, but he was soon forced to adjourn the session to noon instead as nobody budged and sloganeering continued relentlessly.

Samajwadi Party leaders were also joined in the well by newly-elected members of Aam Admi Party, who were protesting against the ongoing sealing drive in Delhi. Even Congress MP KVP Ramchandra Rao was seen protesting silently with a placard saying “Help Andhra Pradesh”.

The Kasganj violence issue is expected to be raised again for debate in both Houses of Parliament during the ongoing Budget session. Although state police has cracked down and made arrests to douse tensions, opposition parties have been relentless in raising questions on Uttar Pradesh government’s effectiveness in tackling incidents of communal violence.