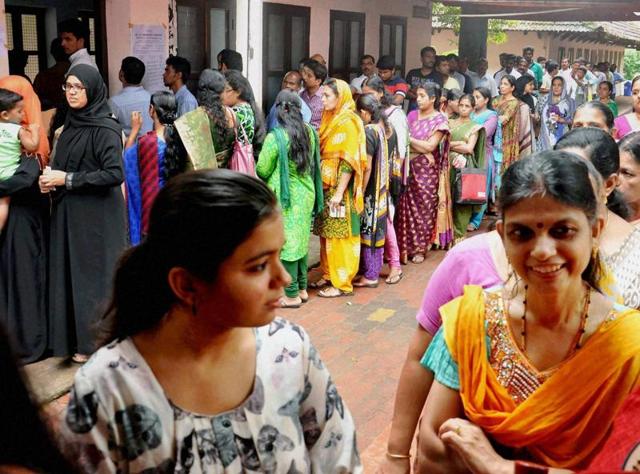 Re-polling in Kalamassery constituency to held on April 30th from 7 am to 6pm after presiding officer’s ignorance in clearing votes of mock polls.

Re-polling in the Kalamassery group is to be held on April 30th. Re-polling was scheduled for the booth owing to ignorance of the presiding officer in clearing votes after mock polls. Group 83 at East Kodungalloor, Kalamassery is the polling station where re-polling is to conducted. Out of the 715 votes which were cast on the day, the VVPAT machine showed an increase of 758 votes polled and then the confusion arose.

In an earlier notice the Election Commission had asked for changing the EVM if any error occurred while a person was casting his/her vote. Moreover, in its guidelines the Election Commission mentions voters co-operate with the officers on election duty to ensure peaceful and orderly polling and complete freedom to the voters to exercise their franchise without being subjected to any annoyance or obstruction.