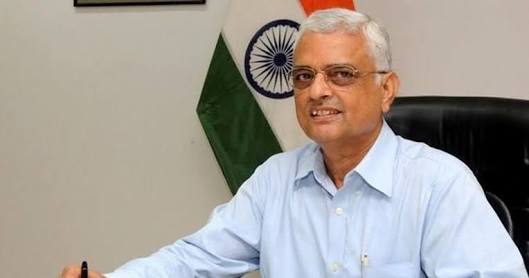 When asked if the EC is prepared to hold Assembly elections in four states–Madhya Pradesh, Chhattisgarh, Mizoram and Rajasthan simultaneously with the Lok Sabha polls, the CEC replied, “Why not. There would not be any problem.”

It is being highly speculated that Lok Sabha elections scheduled for April-May 2019, might be advanced to Nov-Dec this year and conducted along with the four state assembly elections.

The five-year term of Mizoram assembly ends on Dec 15 this year, while that of Chhattisgarh on Jan 5, Madhya Pradesh on Jan 7 and Rajasthan on Jan 20, next year.

CEC Rawat’s statement comes two days after it was rumoured that BJP is willing to hold state assembly elections in 11 states along with the Lok Sabha polls.

On being asked about the availability of the EVM and VVPAT machines if the Assembly polls in four states and Lok Sabha elections are held simultaneously, Rawat explained that Electronic Voting Machines(EVM) will be available at the end of September this year while Voter Verifiable Paper Audit Trail(VVPAT) will only come in November end.

Rawat said, “As you had sought to know, if LS elections are held in December, then the first level check (FLC) of the 1.5 lakh VVPATs (which EC would get in November end) would be difficult … then some critical small gaps would be there,” reported PTI.

He added that out of 17.5 VVPAT machines, 16 lakh would be provided before November, while the rest will be delivered in November end.

Commenting on the availability of VVPATs, Rawat said,”There would be a little constraint on the reserves. Instead of 135 per cent (reserves), will have to go for 130 per cent, if the situation arises.”

Rawat told PTI that the delay in delivery of the VVPATs is because the Technical Experts Committee ‘analyses the technology stabilisation issues in the initial batches and incorporates essential design improvements’ so that no problems are faced later.