The Indian Wire » Politics » Karnataka Crisis: Rebel MLA Ramalinga Reddy back in Congress fold ahead of floor test; promises to vote in favour 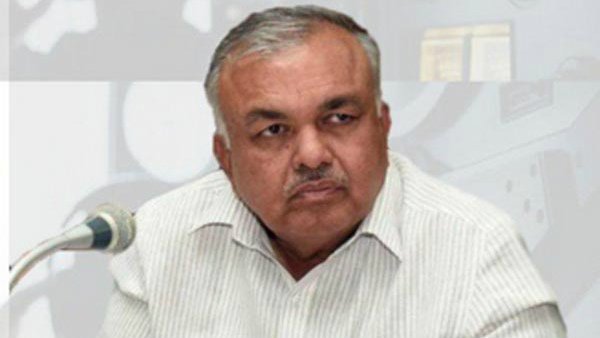 In what can be seen a small relief to Congress-JD(S) coalition ahead of the floor test, Congress disgruntled MLA Ramalinga Reddy on Wednesday said that he will remain with the party and will in favor the coalition government during the floor test in Karnataka Assembly.

Ramalinga Reddy, one of 10 rebels, tendered his resignation on July 6, said that he had resigned because of the internal party affairs. However, Assembly Speaker KR Ramesh Kumar rejected the resignation of 8 legislators including that of Ramalinga.

In the meantime, Chief Minister HD Kumaraswamy had on Wednesday issued a whip to all its 37 Legislators including the rebels – Narayana Gowda, H Vishwanath, and Gopaliah – to remain present in the Assembly during the floor test.

It should be noted that the Supreme Court ruled yesterday that the 15 rebel MLAs cannot be compelled to take part in the proceedings of the House.

In what can be seen as a breather for Congress-JD(S) Coalition Government of Karnataka, the Supreme Court on Wednesday asserted that the Assembly Speaker KR Ramesh Kumar cannot be forced to take a call within a time frame on the resignation of the rebel MLAs.

It should be noted that the Chief Minister HD Kumaraswamy on last week, Friday announced that he will prove his majority in the State Assembly. Chief Minister has asked the Assembly Speaker KR Ramesh Kumar to fix a time saying that he would seek a floor test.