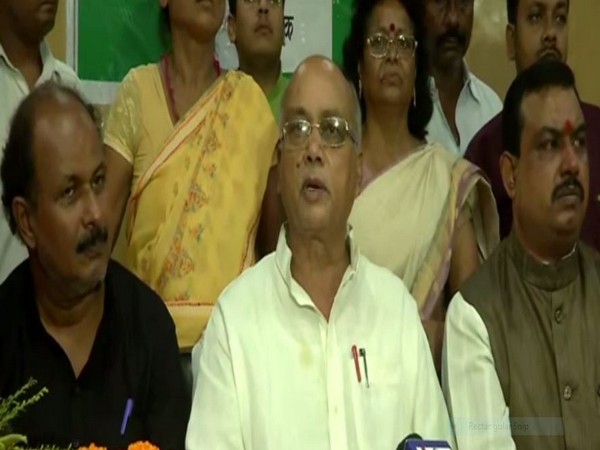 Rana was made the State Chief ahead of the general elections after the then State Chief Annapurna Devi shifted her loyalties to Bharatiya Janata Party (BJP) and later elected from Koderma Lok Sabha Seat.

However, after the party’s poor show and crushing defeat in the national pols, it appointed its youth president Abhay Singh as the Jharkhand State Chief of the party.

Rana and other leaders of the party were upset with the appointment. Slamming the leadership over the issue, Rana said, ‘We have given time to central leadership for this till June 21 but they have not initiated any talks and now it’s like all doors are closed for the talks.

Talking to media, Rana claimed, ‘90% of RJD Jharkhand cadre & I are upset with Lalu Prasad Yadav. There is no democracy left in RJD. We will serve people of Jharkhand on our own’.

Ranchi: RJD Jharkhand chief Gautam Sagar Rana along with other party members today formed Rashtriya Janata Dal Loktantrik. Rana says,"90% of RJD Jharkhand cadre & I are upset with Lalu Prasad Yadav. There is no democracy left in RJD. We'll serve people of Jharkhand on our own." pic.twitter.com/GVOeQyPGvr

RJD faced a crushing defeating in the national polls both in Bihar and Jharkhand. In Jharkhand, it had contested one seat in an alliance with Congress, JMM and JVM.

While in Bihar, it has lost all the 20 contested seats including Misa Bharti who was pitched from Patliputra Seat. The five-party alliance managed to get only one seat of Kishanganj. Dr. Mohammad Jawed of Congress won Kishanganj seat with a margin of 34,466 votes.