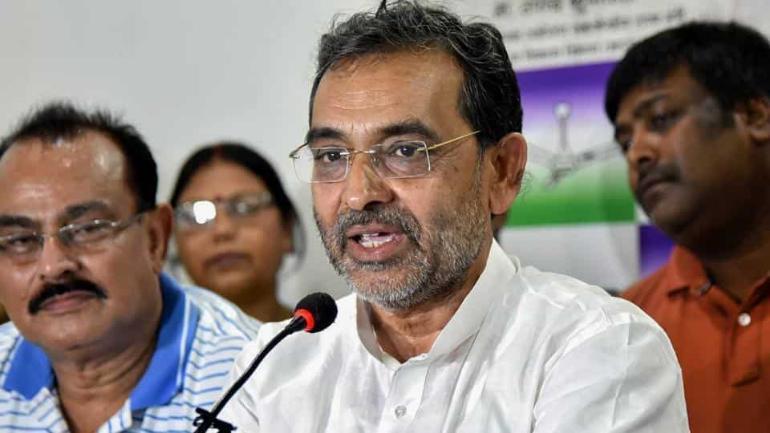 Slamming the party president Upendra Kushwaha, Ram Kumar accused him of ignoring the wills of workers in the state while distributing tickets for the mega battle of ballots.

Party’s Chairman of the parliamentary board and ‘Chief Whip’ of the party in the Lok Sabha on the occasion briefed the media. He said he will soon write to the Poll Body requesting them to recognize RLSP (Ram Kumar Sharma) as a separate group.

Ram Kumar has been dropped by the RLSP in a run-up to the general elections 2019 while the parliamentary seat of Sitamarhi went to RJD who has named Ajay Rai from the seat.

RLSP fought the 2014 general election as well the 2015 state assembly polls as an NDA ally has altogether three MPs in the lower house, including Kushwaha. However, irked with Seat Sharing, Upendra Kushwaha announced his disassociation from the NDA faction and joined Congress-RLD’s United Progressive Alliance (UPA).

RLSP who has been offered 5 Parliamentary Seat under a poll pact of RJD and Congress in Bihar has already declared candidates on all 5 allotted seats. RLSP Chief Upendra Kushwaha in a run-up to the mega polls is contesting from two seats – Ujiarpur and Karakat. Other Seats have been offered to RLSP include – East Champaran, West Champaran, Jamui apart from

The mega Opposition alliance comprising RLSP will take on the BJP–JDU Alliance in the upcoming General elections. The BJP who had stitched an alliance with Nitish Kumar and Ram Vilas Paswan‘s LJP has already announced candidates, with JD(U) and BJP each on 17 while 6 for LJP.

General Elections are slated for April-May this year that would spread on Seven Phases starting from April 11 to May 19.