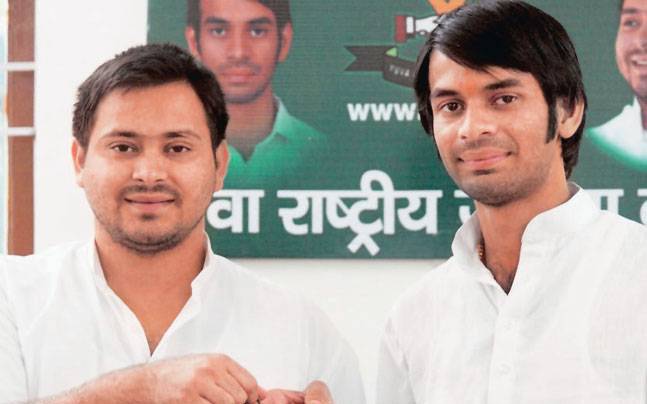 Reacting to Tej Pratap’s comments, Tejashwi said there are absolutely no differences between him and his elder brother. He said such rumors are being orchestrated by anti-social elements within RJD with support from rivals like BJP.

He said Tej Pratap only intended to show support in favor of strengthening the party with his statements and there can never be differences between the two brothers. He even referred to his brother as his guide.

Lalu Prasad Yadav’s elder son Tej Pratap had sparked off this rumor last week when he had tweeted indicating that he is ready to retire from active politics now as things are not right within the party. He had used an analogy from the Mahabharat to equate himself with Krishna who had permanently left for Dwarka after fulfilling his duties by installing Arjun (implying Tejashwi Yadav) as the king.

However, just hours after saying this, Tej Pratap had later clarified that he has no intentions of quitting politics and that he only wished to address internal differences within the party that were affecting relations between him and his brother