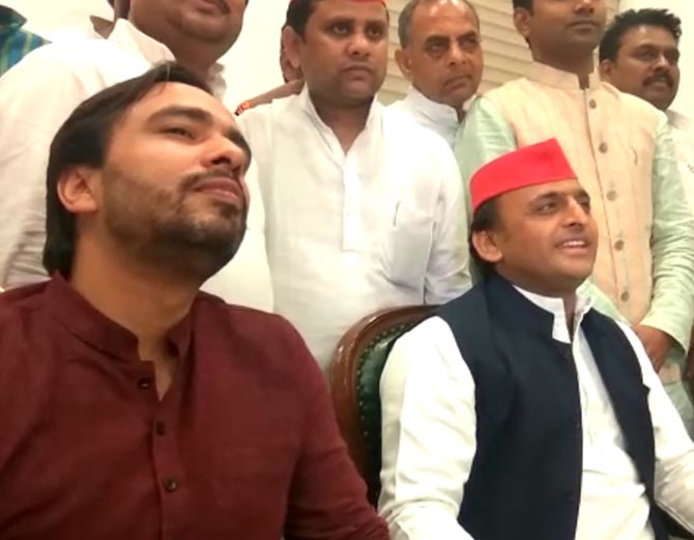 The Rashtriya Lok Dal, a part of an opposition alliance in Uttar Pradesh, has put forward a demand of 6 six out of 80 to field its candidates for the upcoming Lok Sabha 2019 Elections, a party state functionary told media on Wednesday. RJD’s demand comes a day after its Vice President Jayant Chaudhary met Samajwadi Party Chief Akhilesh Yadav in Lucknow on Tuesday. Trouble for Former UP CM: CBI claims Akhilesh Yadav approved 14 illegal mining deals

Jayant Chaudhary without disclosing much details about the meetings had said that “We discussed present politics and future course of action and also about BJP’s failures.

She won the seat banking on the support from all the parties as all have declared her as a United Front Candidate.  “Any decision on seat sharing will be taken when Jayant Chaudhary meets Akhilesh Yadav and BSP supremo Mayawati,” Ahmed said. BSP-SP slam BJP for ‘misusing CBI’: Hold Joint Press Conference to back Akhilesh over Mining Scam Issue

However, as per the latest deal of seats between the Samajwadi Party and the Bahujan Samaj Party, both have decided to contest on 37 each reportedly. Congress drop hints of ‘Ekla Chalo’ policy in UP, after SP-BSP look to corner in coalition

The official announcement about the SP-BSP is expected to be made on January 15, on the Birthday of the BSP Supremo Mayawati.