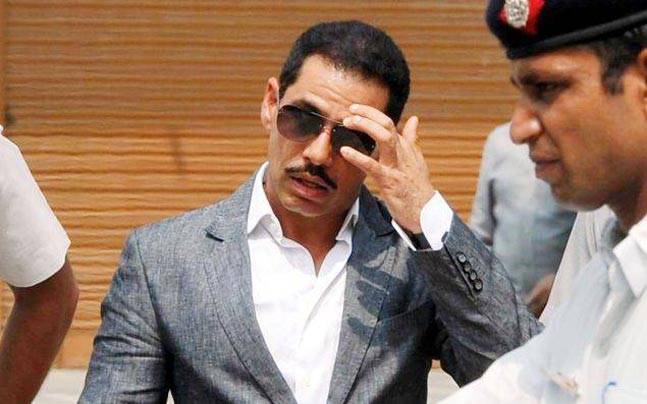 Interim bail of Robert Vadra and Manoj Arora, in connection with a money laundering case, have been extended till 2 March by Delhi's Patiala House Court. pic.twitter.com/MGR8vp7nfZ

The ED’s Counsel also raised the issue of large media contingent following Robert Vadra during his appearance before the Investigation Agency. He said, ‘He (Robert Vadra) was accompanied by a ‘Baarat’ wherever he goes be it ED or Court’.

Vadra’s Counsel also informed that Court that the Cumulative Questioning of his client is 23 hours 5 minutes.

Vadra has termed as “witch hunt” the ED’s action of attaching assets of a firm linked to him, and claimed that it showed “complete misuse of the assertion of power”. He alleged “relentless harassment,” a day after the Enforcement Directorate (ED) said it has attached assets worth Rs 4.62 crore of a firm linked to him in connection with the Bikaner land scam case.

“I have had nothing to hide and I am surely not above the law. I have deposed for almost 6 days; ranging from 8 to 12 hours per day with a 40-minute lunch break, and have been escorted to the washroom,” Vadra said in a Facebook post. 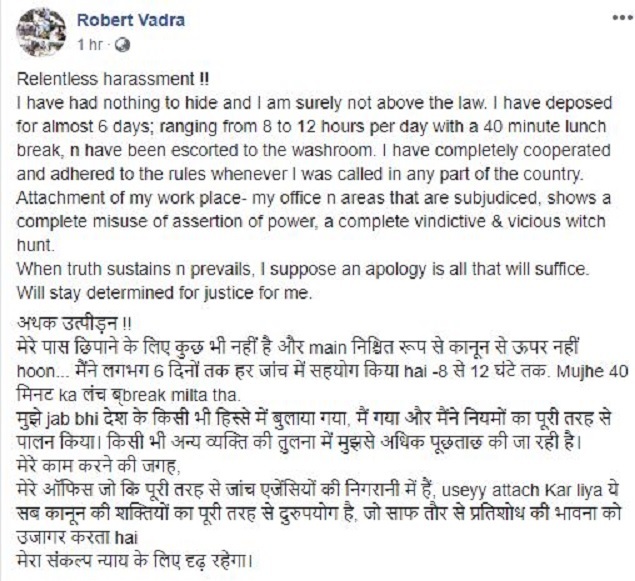 Vadra on Feb 1 moved to Patiala House Court seeking anticipatory bail petition in connection with a money laundering case. The case relates to allegations of money laundering in the purchase of a London-based property — located at 12, Bryanston Square — worth 1.9 million pounds, which is allegedly owned by Vadra.