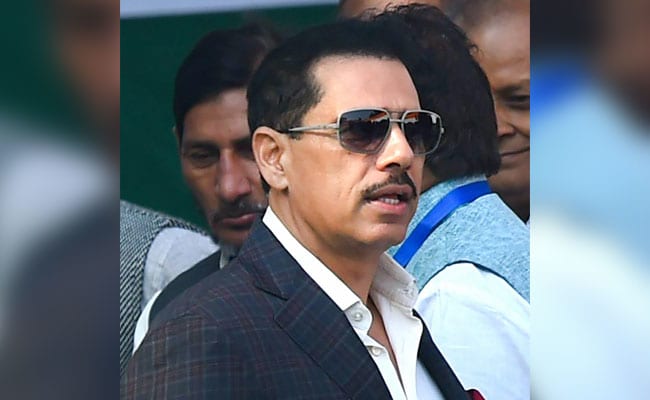 Vadra is reported to be not in India currently.

Robert Vadra on Friday moved to Patiala House Court seeking anticipatory bail petition in connection with a money laundering case. The case relates to allegations of money laundering in the purchase of a London-based property — located at 12, Bryanston Square — worth 1.9 million pounds, which is allegedly owned by Vadra.

Speaking on his anticipatory bail plea, Robert Vadra said as quoted by ANI, ‘he is being targeted and is being subjected to false prosecution which has a colour of political witch hunt & that he is a law-abiding citizen’.

Earlier on January 19, A Delhi court extended till February 6 the interim protection from arrest granted to Manoj Arora, a close aide of Robert Vadra, in the money laundering case after ED told Court that Arora is cooperating with the Investigation. Arora was already under probe for another case by the Income Tax Department under the newly-enacted Black Money Act and also under tax law against absconding arms dealer Sanjay Bhandari. Bhandari – Vadra links also reportedly emerged during this investigation

In its plea, the ED claimed that Arora arranged funds for Vadra’s undeclared assets overseas. It further alleged that the proceeds of crime were used to channel funds from the UAE. The ED had also sought a red corner notice to prevent Arora from fleeing India.