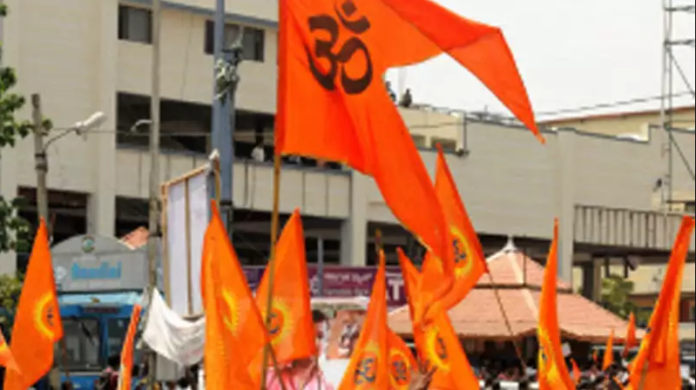 The Rashtriya Swayamsevak Sangh (RSS) on Tuesday hailed the Union Government for revoking Article 370 from Jammu and Kashmir. It also welcomed the passage of the Jammu and Kashmir (Reorganization) Bill, 2019, in the Parliament saying that move will strengthen the national integrity and unity.

‘We congratulate the government for this bold initiative which was very much necessary in national interest including the state of Jammu & Kashmir. Everyone should welcome this notwithstanding any personal interests or political differences’, tweeted RSS official handle quoting Mohan Bhagwat and Suresh Bhaiyyaji Joshi.

RSS also congratulated the people of Jammu and Kashmir saying that they can also get benefitted from Centre’s initiatives and schemes.

We congratulate the government for this bold initiative which was very much necessary in national interest including the state of Jammu & Kashmir.
Everyone should welcome this notwithstanding any personal interests or political differences.

‘It is a matter of joy for all the residents of Jammu and Kashmir that with this decision, like other states of the country, they will also get the opportunity of good governance and overall development under the Indian Constitution. We believe that the people of the rest of India will be fully involved in the development and welfare of the society of Jammu and Kashmir’, it stated in a statement.

‘All the citizens should rise above their narrow interests and political differences to establish the supremacy of the constitution and its core spirit, and to congratulate this initiative which reinforces the national unity and integrity’, it further added.

Prior to this, the Upper House of the parliament, Rajya Sabha, on Monday, gave its nod to the resolution scrapping Article 370 from the valley that gives special status to the state with Amit Shah asserting that section 370 was the root of terrorism in the valley.