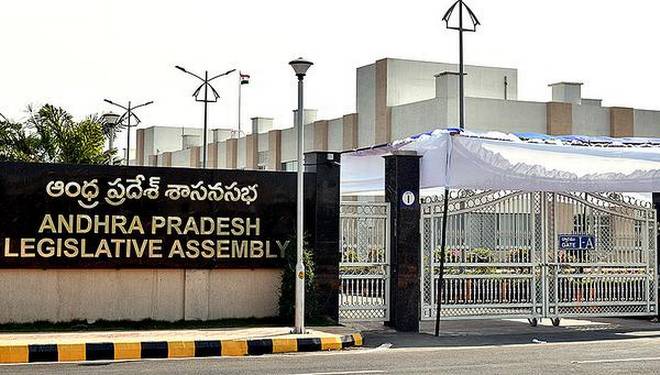 TDP Legislators interrupted Chief Minister Jagan Mohan Reddy’s speech while he was replying to the motion. The TDP Legislators raised slogans and created ruckus in the Assembly where it has 23 MLAs including the Former CM and TDP Chief N Chandrababu Naidu.

TDP Chief Chandrababu Naidu challenged YS Reddy asking him if he will resign over the issue.

Speaking in the State Assembly, YS Jagan Mohan Reddy slammed the previous TDP Government saying that it had in last 5 years only paid ₹600 crore to farmers where the Actual amount that is to be paid in past 5 years is ₹11,600 crore.

After the Question Hour, the Session was adjourned.

Later the State Finance Minister B Rajendranath presented the Budget State Budget, first of the present government, of more than 2.27 lakh crore.

Both Chandrababu Naidu and YS Jagan Mohan Reddy had a bitter spat during the campaigning of the polls.