The Indian Wire » Politics » Lok Sabha Polls 2019: Shiromani Akali Dal (SAD) to back BJP in Haryana; announces not to contest for ‘Larger Goal’ 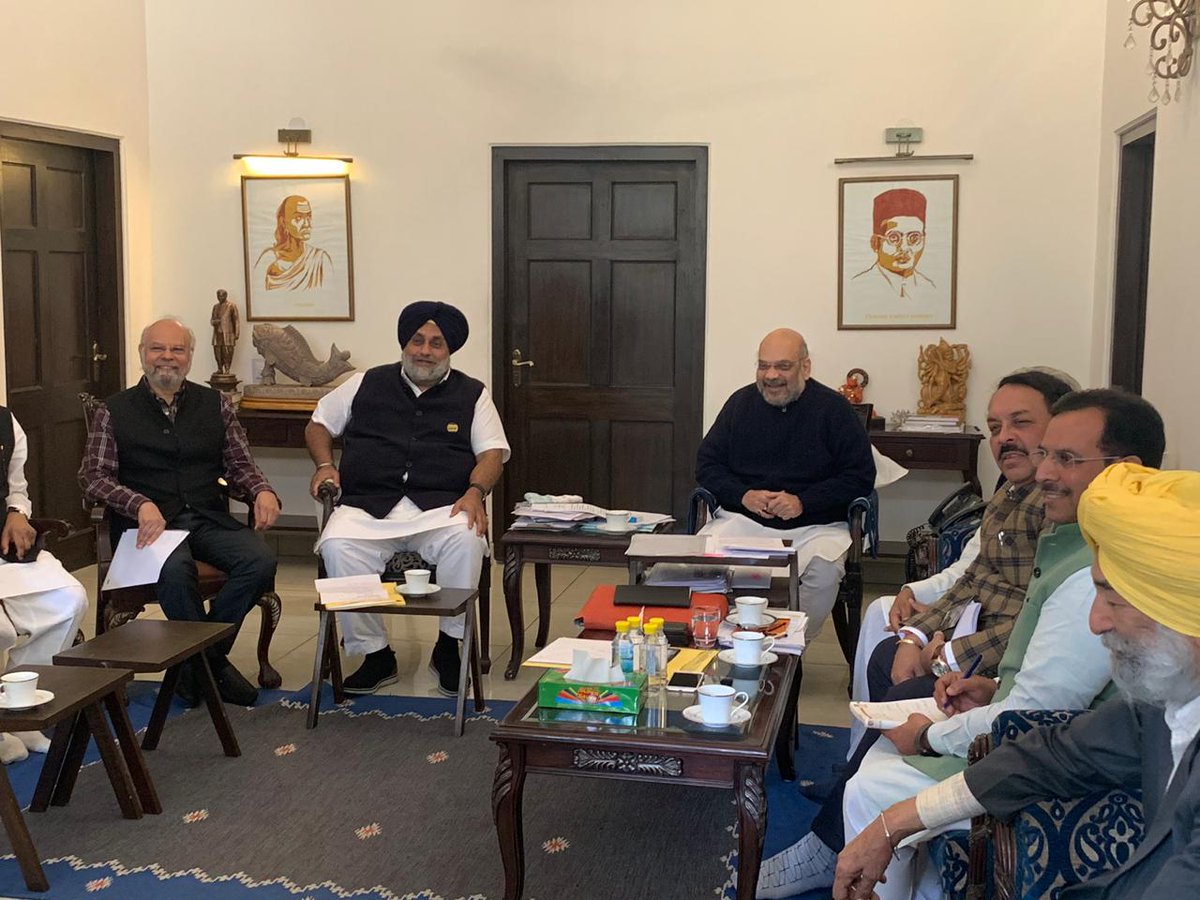 Shiromani Akali Dal (SAD)’s announcement came hours after Aam Aadmi party Leader Gopal Rai and Dushyant Chautala of Jannayak Janata Party (JJP) in a joint presser announced that both the parties have forged an alliance for Haryana. As per the poll pact, Aam Aadmi Party will contest on three Parliamentary Seats while JJP will have its Candidates on remaining seven Lok Sabha Seats of the State.

Announcing this, Shiromani Akali Dal (SAD) Haryana In-Charge Balwinder Singh Bhunder said the decision is taken as it is need of the hour and prevailing circumstances. The SAD with this also tried to avoid the division of votes in the state.

He further added the aim of both the party – BJP and SAD is to see NDA retaining its power at Centre. However, we wanted some seats in Haryana but BJP has announced its Candidates on 8 seats.

For a larger goal, we will support BJP in Haryana, He added while saying that for Haryana Assembly Polls that are slated for second half of the year, BJP will give some seats.

Further revealing the detail he said, ‘Our party Chief Badal ji met with BJP’s Amit Shah ji in Delhi a few days back and it was decided thereafter that Shiromani Akali Dal (SAD) will back the centre ruling party’

It is noteworthy that SAD Chief Sukhbir Singh Badal earlier announced to contest on all seats of the state on its own.

Responding to the Development, Haryana Chief Minister Manohar Lal Khattar said SAD decision to back BJP will play and significant role and all BJP candidates in the state will register a victory in Lok Sabha Polls.

Responding to a query by a scribe about AAP-JJP Alliance, Haryana CM said, ‘It won’t affect our prospects’.

Both Shiromani Akali Dal (SAD) and Bharatiya Janata Party (BJP) have stitched an alliance for Punjab with the former contesting on 10 Lok Sabha seats while 3 seats have been offered to BJP in a Poll tie-up.

Chandrashekar Rao responds to EC regarding complaint against him insulting Hindus
MGP withdraws support to BJP in Goa; to back Congress Candidates in Lok Sabha Polls 2019
Comment