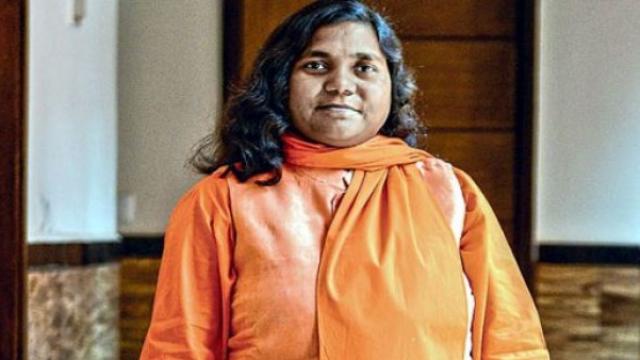 Savitribai Phule, the MP from Bahraich, who recently made to the headlines by her statement “Lord Hanuman was a slave of ‘Manuwadi’ people”, has resigned from BJP.

On the death anniversary of BR Ambedkar, Phule gave the statement, “From today onwards, I have nothing to do with the BJP. My voice was being ignored in the party as I am a Dalit. There is a great conspiracy against Dalits and their rights. The reservation for Dalits and Backwards is also being slowly taken away. I will continue to fight for the Constitution and will hold a mega rally in Lucknow on January 23.”

She further questioned,”When he did all for Lord Ram with devotion, he (Lord Hanuman) should have been made a human and not a bandar. At that time also he had to face humilation due to being a Dalit. Why can’t we Dalits be considered humans?”​

She added, “If he (Yogi Adityanath) really loves Dalits then he should love them more than he loves Lord Hanuman. Has he ever embraced any Dalit? He might have been eating out dinner at Dalit households, but the cook was not Dalit. There are Assembly polls and they don’t have any issue left so they are terming Hanuman Ji as Dalit. They just want to take Dalit votes but now Dalits, backwards and Tribals of the country has now understood their dhong.”

Phule also questioned, “If Lord Hanuman was a ‘Dalit’ as claimed by UP CM Yogi Adityanath, then Dalits should be appointed as pujaris in the all the Hanuman temples across the country. Hanuman always stood by Lord Ram but then why did Ram award him a tail and blackened his face?”