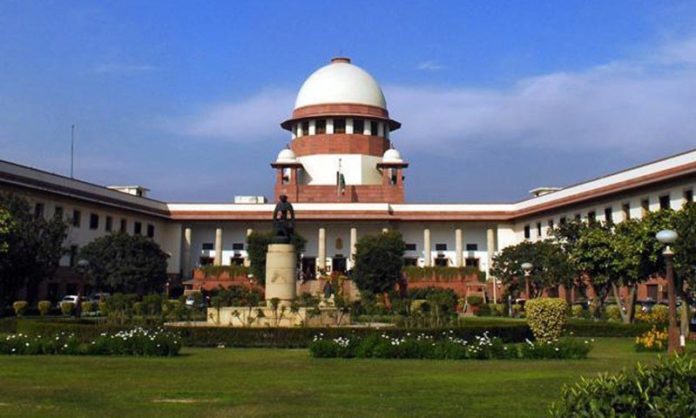 The Supreme Court on Tuesday began ‘Day-to-Day’ hearing of the Ayodhya Dispute Case after mediation panel failed to achieve any settlement in the case. The Supreme Court started with declining the request of KN Govindacharya, BJP and RSS leader for audio/video recording and transmission or live streaming of the case.

Declining the request, The Top Court bench said that live streaming of the case is not currently feasible.

The plea filed by RSS leader moved to the apex court seeking live streaming stating that it would transparency in the very hotly debated issue of Ayodhya Title Dispute Case. Earlier on Monday, Supreme Court headed by SA Bobde reviewed the petition for live streaming in Ayodhya land dispute case.

Supreme Court declines the request of KN Govindacharya for audio/video recording and transmission or live streaming of the case, as it is not currently feasible. https://t.co/MDcRiXrqqh

Petitioner KC Govindacharya through his counsel Vikas Singh submitted before the Top Court that the closed wall discussion of such an important case is denying the public of their right under Article 19 of the Indian constitution.

The Supreme Court had on Friday, last week, said that the mediation panel, set to resolve the Ram Janmbhoomi and Babri Masjid Dispute, has failed to achieve any final settlement in the case.

The Top Court Bench headed by Chief Justice Ranjan Gogoi said that matter will now be taken up in an open court on a daily basis starting from August 6.

The Allahabad High Court in 2010 verdict had divided the land between three petitioners — two favored building a Ram Mandir at the Ayodhya site while the third wanted the Babri Masjid rebuilt. All the stakeholders moved to the Top Court against the verdict, and the Court has started hearing the matter.