The Supreme Court decided to postpone the elections for the local bodies in nine newly bifurcated districts in Tamil Nadu for complying with legal formalities such as delimitation and reservation in four months.

The bench comprising of Justices B R Gavai and Surya Kant, said, “There shall be no legal impediment in holding the elections in the rest nine districts of Tamil Nadu.”

Two options were given to the state government by the Supreme court – either agree to keep the bifurcation of the districts in abeyance or not hold the local body polls for the nine new districts. The counsel for the state government had subsequently informed the court that it was willing to put on hold the polls in the nine districts and the process will continue in the local bodies of the other districts.

The plea was moved by DMK (Dravida Munnetra Kazhagam), which sought postponement of local body elections in Tamil Nadu’s nine newly bifurcated districts which is slated to take place on December 27 and December 30.

Welcoming the Supreme court verdict, DMK Chief MK Stalin said, “Its a historic verdict. We welcome this verdict by Supreme Court which has saved democracy. DMK is always ready, it is AIADMK which is afraid of elections.” 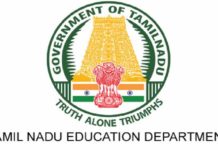