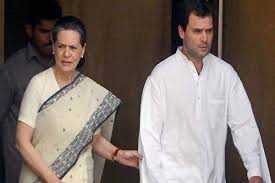 On December 4, SC will examine the petition filed by Rahul Gandhi and Sonia Gandhi against a Delhi High Court decision to allow the IT department to re-open their tax assessments for 2011-12 in the Young Indian case. Justices A.K. Sikri and S. Abdul Nazeer said the appeals filed by the Gandhis and veteran Congress leader Oscar Fernandes against the High Court decision on September 10 required a detailed hearing on merits.

P. Chidambaram, Kapil Sibal and Arvind Datar appeared for the three appellants in the case. They argued that Young Indian (YI) is a not-for-profit company incorporated under Section 25 of the pre-existing Companies Act (which now corresponds with Section 43 of the new Companies Act, 2013).

Delhi HC found that a loan of about 90 crore was due from Associated Journal Limited (AJL), publishers of the newspaper National Herald to  All India Congress Committee. The loan amount became irrevocable and it was assgned to YI for 50 lakhs.

The investigation was a result of a private criminal complaint filed by BJP leader Subramanian Swamy before a trial court.