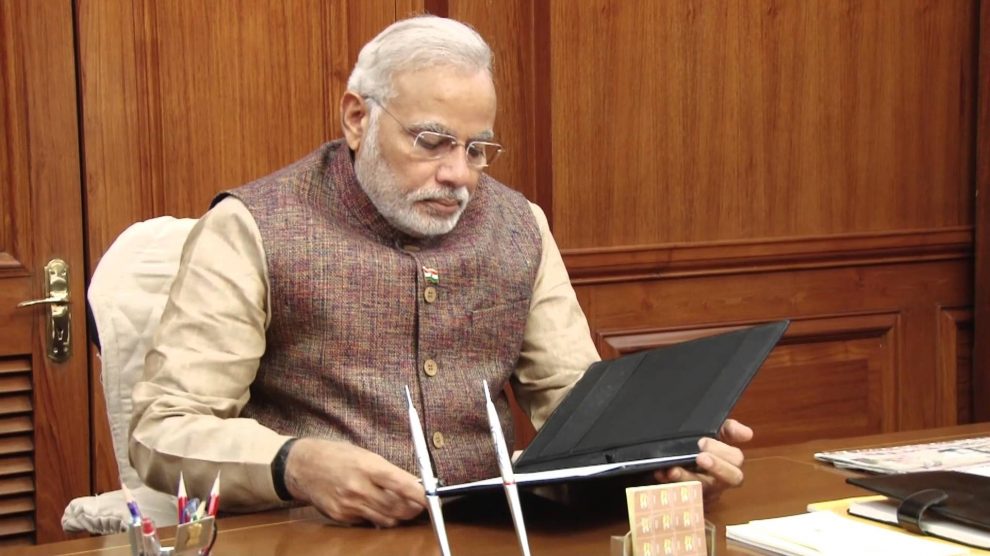 PM Narendra Modi attended a meeting with top scientific officials & spoke about the Science, energy and agricultural sectors of India.

While addressing a meeting with the top scientific officials of the Government of India on Wednesday, Prime Minister Narendra Modi said that science, technology and innovation were the keys to the progress and prosperity of India.

NITI Aayog member Dr. V.K. Saraswat, Government’s Principal Scientific Advisor Dr. R. Chidambaram and secretaries related to scientific departments in the Union Government attended the meeting. During the meeting, Modi said that the science and technology should be used to solve the problems of the country. He further gave the example of sports saying that, just like the way talent is searched in the field of sports, a special mechanism should be made to identify the brightest and best scientific talent among school students. He also emphasised on the innovations happening at the grass root level. He urged the mechanism responsible for the required field to reach out to these grass root levels and provide them the help required and replicate the innovations made by them.

During the meeting, Modi also spoke about the agriculture and energy sector. He said that the possibilities of solar energy should be pursued to the maximum and to reduce dependence on energy imports.

Concluding the meeting he praised the abilities of Indian scientist saying that  Indian scientists to rise up to any challenges. He also set clear targets to be achieved by 2022, the 75th year of independence.

CBEC: GST rates not to be revised unless there is anomaly
Post GST, Apple iCloud to cost more in India