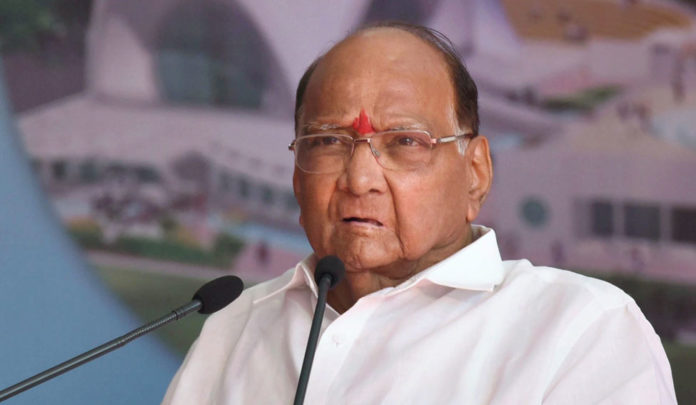 Ending the long speculation over his future role in active politics, Nationalist Congress Party chief Sharad Pawar on Tuesday has declared that he will contest the upcoming Lok Sabha elections due for April-May this year, while his nephew Ajit Pawar and some other family members will not contest.

Sharad Pawar’s comment who is currently MP in Rajya Sabha came days after Parth Pawar in an interview to the Hindustan Times said that he is ready to contest Lok Sabha Polls if S is party wants. Sharad Pawar’s confirmation about him contesting Lok Sabha Elections came in the sideline of a function held to unveil a statue of Maratha king Chhatrapati Shivaji on the Maharashtra Institute of Technology (MIT) campus located at Loni Kalbhor, Pune.

Sharad Pawar had represented the Solapur district constituency from 2009 to 2014, following which he chose to go into the Rajya Sabha, stating at the time that he wouldn’t return to the lower house of Parliament.

NCP for the General Elections 2019 had stitched an alliance with Indian National Congress to take up BJP for the Lok Sabha. However, no official announcement has been made revealing the seat sharing details.