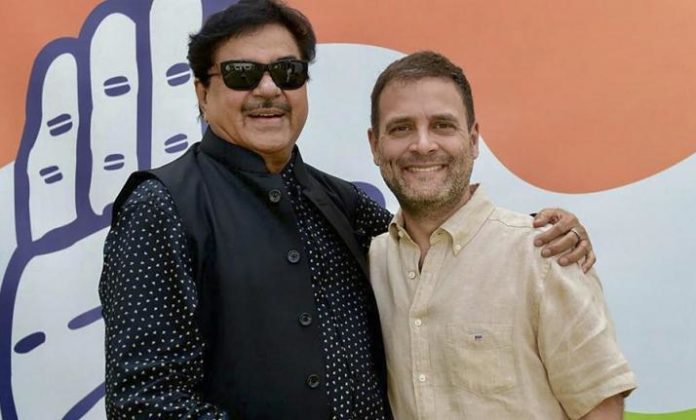 Asserting that Congress will implement NYAY if voted to power, Sinha said, ‘Congress government in Rajasthan, Madhya Pradesh, and Chhattisgarh have waived off the farm loans, now we are committed to implementing NYAY after voted to power after national elections 2019’.

Shatrughan Sinha was in the Chhindwara to galvanize support for Chief Minister Kamal Nath and Congress nominee Nakul Nath who is making an electoral debut. Chhindwara Lok Sabha Seat in past has been held by Kamal Nath for 10 times.

“NYAY or the minimum Income Guarantee is the party’s flagship promise in a run-up to the national elections. The party with this aimed to give financial assistance of Rs 72000 to every poor family if voted to power.”

Lok Sabha Polls 2019 has already begun and would spread across seven phases from April 11 to May 19. Counting of Votes and Results for the mega Battle of ballots will be announced on May 23 four days after the 7th phase of voting.

Voting in 29 seats of Madhya Pradesh will be held across in 4 phases: April 29, May 6, May 12 and May 19. In 2014 General elections, amidst heavy Modi wave, BJP swept MP with 27 seats, while Congress managed to bag only 2 seats in the state.