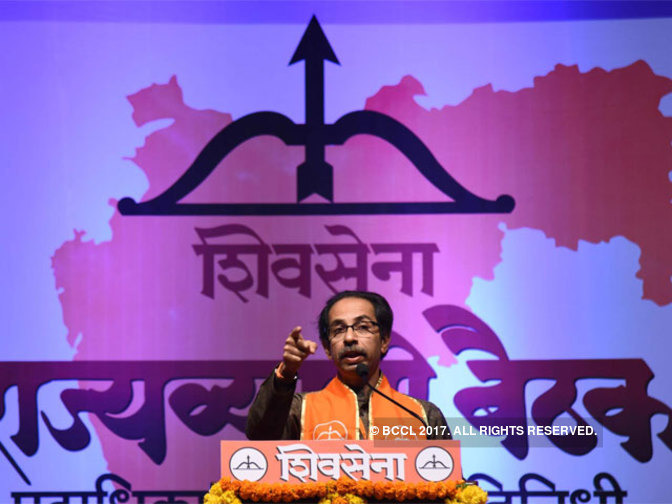 Battle lines were drawn clearly on Tuesday when Shiv Sena declared its intention to break up with the Bharatiya Janata Party in the upcoming 2019 general elections and all other polls after that.

This decision was announced after a resolution to that effect moved by a Sena Member of Parliament, Sanjay Raut, was approved at the party’s national executive committee meeting.

Shiv Sena has been BJP’s oldest ally and a member of the ruling National Democratic Alliance since the days of Bal Thackeray and Atal Bihari Vajpayee. It was the plank of Hindutva that had brought these two parties together, and it is also going to be the reason for their parting.

While addressing the media after the committee meeting, Sanjay Raut said that his party came to this decision as Narendra Modi’s BJP had failed to keep its commitment towards the cause of Hindutva. He claimed that it is the Sena that really stands for “genuine Hindutva” and it will contest elections in the future on that ground.

There was also a generational change at hand in the meeting as Sena chief Uddhav Thackeray’s son and Yuva Sena head Aaditya Thackeray was promoted with membership in the saffron party’s national executive.

Maharashtra chief minister Devendra Fadanvis reacted to the developments by stating that his party will adopt a wait and watch strategy on the question of an alliance with Sena in the future, but his government is still confident of completing its tenure with its saffron partners.