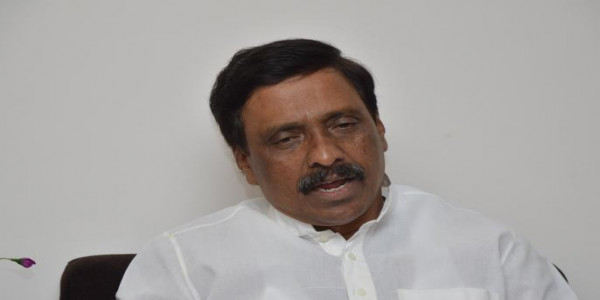 Vinayak Bhaurao Raut has been appointed as the group leader of Shiv Sena Parliamentary Party in Lok Sabha. Shiv Sena has a strength of 18 members in 17th Lok Sabha. pic.twitter.com/bL3WM97nra

The decision meeting comes days before the commencement of Parliament Session. The first session of the 17th Lok Sabha will begin from June 17th and will continue till July 26. While the President Ram Nath Kovind will address the sitting of both the houses on June 20.

In the recently held national polls, Bharatiya Janata Party along with its ally Shiv Sena swept Maharashtra by bagging 41 seats out of the total 48 Lok Sabha Seats on the state. Shiv Sena has its 18 MPs in the 17th Lok Sabha with its MP Arvind Sawant have been inducted in Council of Ministers.

Sawant has been inducted as Minister of Heavy Industries and Public Enterprises. Shiv Sena MP Arvind Sawant retained his South Mumbai seat to enter 17th Lok Sabha. He had defeated Congress Mumbai Chief Milind Deora with over one Lakh votes. Sena won 17 Lok Sabha Seats out of the 23 contested seats in Maharashtra.

NCP–Congress alliance faced a humiliating defeat by the BJP–Shiv Sena combine. In the state that sends 48 MPs to the Lok Sabha Polls, NCP-Congress could only bag 5 Lok Sabha Seats with NCP winning 4 seats while one seat won by the Indian National Congress.