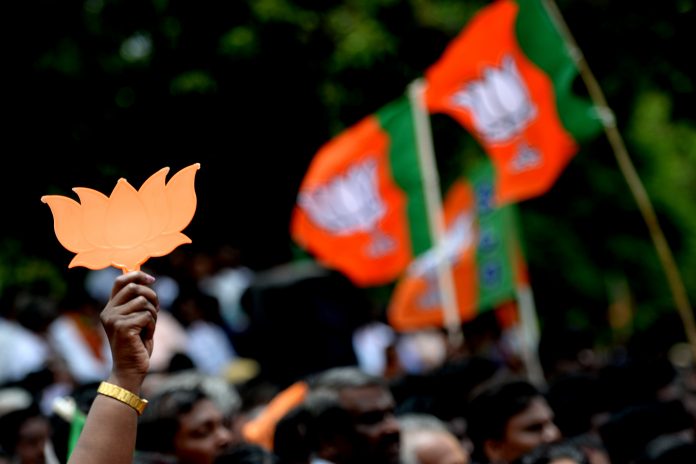 Dorjee Tshering Lepcha said the 10 joining MLAs are very much impressed with the ‘look east’ policy of Narendra Modi government,

With this, BJP has emerged as the main opposition party in Sikkim. There is a total of 32 assembly seats in the state. In the Lok Sabha 2019  elections, the Sikkim Democratic front won 15 seats while Sikkim Krantikari Morcha (SKM) won 17 seats. But now with 10 MLAs of SDF joining the BJP, the strength of SDF has fallen to just three.

Interestingly, Sikkim was the only state in the Northeast region where BJP was not in power. But with the shift of 10MLAs, this may change. Sikkim Krantikari Morcha (SKM) is already a partner in National Democratic Alliance. SDF was also once a BJP ally earlier, but SKM replaced it as a member of North-East Democratic Alliance, led by Bhartiya Janta Party.

Since two-third members of SDF legislature party changed their allegiance, they will be protected under Anti-defection law under (10th Schedule). Speaking on the joining of these new members, Ram Madhav affirmed that BJP will play the role of a constructive opposition in the state.

BJP has also seen massive joining under its membership drive program. Many stars such as Babita Phogat and her father Mahavir Singh also joined BJP on Monday.