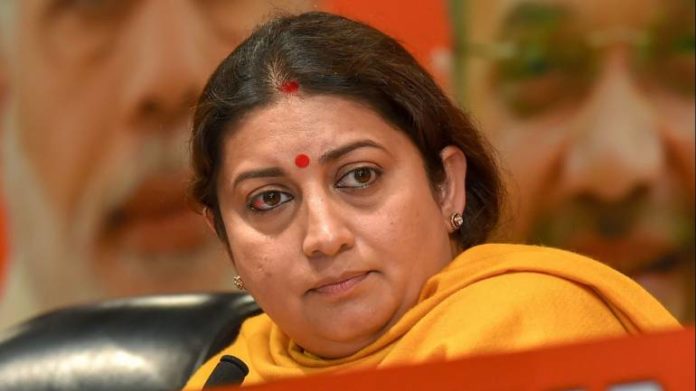 Irani along with Sawant will also visit the family of deceased Sunil Singh, BJP worker and head of the village, who was shot dead last month. The relatives and family of Singh had raised that his murder could be because of political rivalry too as Singh was a close aide of Irani.

BJP Amethi Smriti Irani will stay back in Amethi for two-days and she will participate in several other events too. She along with Uttar Pradesh Deputy Chief Minister Keshav Prasad Maurya will also lay the foundation stone of several developmental projects in the District. She is also expected to address a couple of public meetings.

Smriti Irani had recently written a letter to Srikant Sharma, Minister of Energy in Uttar Pradesh for a radical improvement in the power system of the Amethi Lok Sabha region.