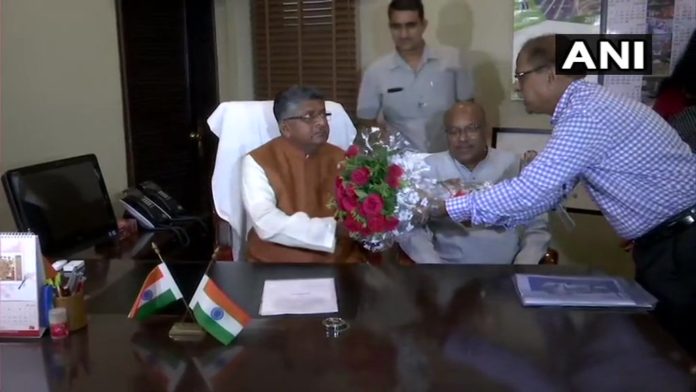 One of the biggest killers of the national polls, BJP MP from Amethi Smriti Irani on Monday took charge as the minister of Women and Child Development.

Irani had in Narendra Modi’s previous government, held the portfolios including Ministry of Human Resource Development, Textiles and Information and Broadcasting Minister.

While in another development, Ravi Shankar Prasad on Monday also took the charge of the Ministry of Law and Justice. He held the same portfolio in Narendra Modi’s previous government.

Speaking to media, Ravi Shankar Prasad said that our PM Modi always wanted to scrap old laws and we have already scrapped over 1500 of them. He, however, avoided commenting on controversial issues like Article 370, Article 35Aa and Ram Mandir Issue.

He added that strengthening of Judicial infrastructure and system will be his top priority.  Prasad has also been given a charge of Ministry of Information Technology and Ministry of Communication.