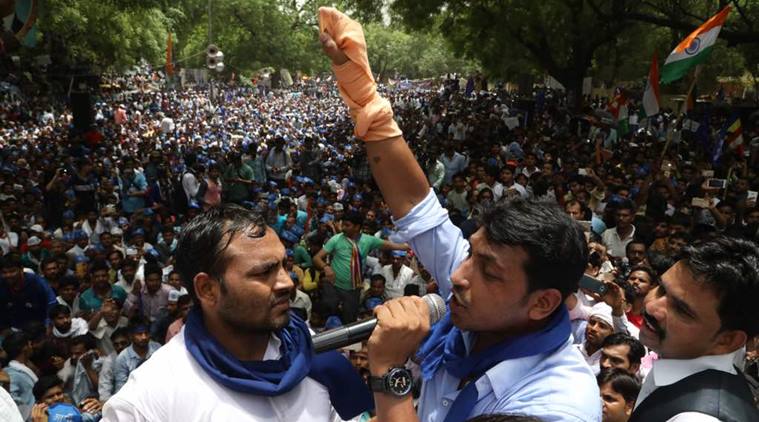 This move by the Congress came a day Bhim Army Chief Chandrasekhar Azad was arrested by UP police for alleged violation of the model code of conduct.

The Bhim Army Chief was taken into custody when the Bhim Army was planning to organise a procession on motorcycles and other vehicles to Muzaffarnagar.

He was detained in Deoband, Uttar Pradesh.

The Dalit leader fell ill immediately after his detention and was admitted to the Anand Hospital in Meerut.

The Bhim Chief had initiated the ‘Hunkar rally’ in Meerut on Sunday, which was supposed to end at Delhi’s ‘Jantar Mantar’ on March 15.

According to sources, Priyanka Gandhi’s move of meeting Chandrasekhar Azad is an attempt to attract the Dalits in Uttar Pradesh and pit him against Mayawati’s BSP.

The Bhim Army chief has previously announced that in order to ensure that PM Narendra Modi loses from Varanasi, he(Chandrasekhar Azad) will contest against Modi if the SP-BSP alliance fails to field a strong candidate in Varanasi.

Speaking to News18 while undergoing treatment in Meerut, Chandrasekhar Azad said that their ‘padyatra’ was stopped by the police on the order of UP government. Azad said that they had proper permission but administration cancelled it and didn’t inform them. Also, assured of a big rally at Jantar Mantar in Delhi on March 15.

Previously, Azad said that his party would field its own strong candidates in Varanasi and Amethi against Prime Minister Narendra Modi and Union minister Smriti Irani, if SP-BSP failed to provide a strong candidate.