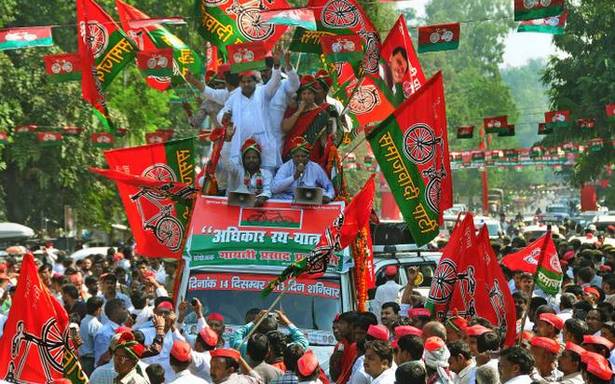 Samajwadi Party who has forged an alliance with Bahujan Samaj Party in Uttar Pradesh has on Sunday night released a revised list of its star Campaigners for the Upcoming Lok Sabha Elections. The party in its initial list dropped its Founder’s name from the but later Mulayam Singh Yadav’s name was included in the later after sharp criticism.

Samajwadi Party in a run-up to the General Elections 2019 has also decided to hold joint rallies along with its ally partner BSP. Both BSP-SP has decided to hold 11 joint Rallies in Uttar Pradesh; with the first in Saharanpur on April 7.

The party till has now declared a total of 18 candidates out of 37 seats allotted to it in alliance with BSP. Samajwadi Party announced that its Chief Akhilesh Yadav from Azamgarh Lok Sabha Seat.

Samajwadi Party (SP) who has been in an alliance with BSP has got 37 seats while BSP gets a seat more and will field on 38 seats.  RLD gets 3 Lok Sabha seat in the alliance.