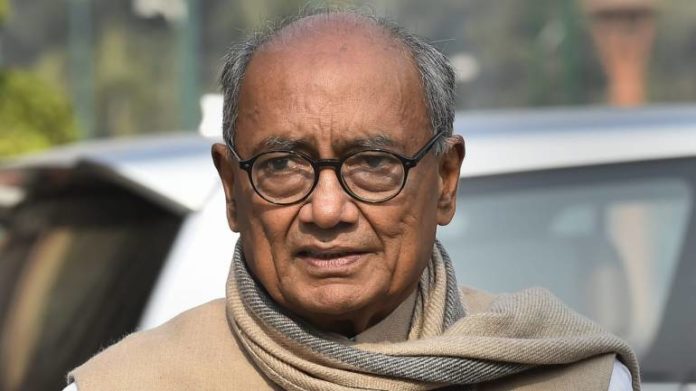 Reacting on the passage of Triple Talaq Bill, Congress Stalwart and Former Chief Minister of Madhya Pradesh, Digvijay Singh, on Wednesday said that if Prime Minister Narendra Modi had accepted his ‘recommendations’, then the whole controversy would not have happened.

Taking to Twitter, Congress Senior leader said, ‘If the Modi government has accepted the suggestion put forward by me of not sending the accused to jail instead imposing a fine of Rs. 1 lakh and making him provide Rs. 10,000 to the wife, the whole controversy would have ended’, he said in a tweet in Hindi on Wednesday.

The Triple Talaq Bill was passed by Rajya Sabha on Tuesday with 99 members voting in favor and 84 members voted against the bill in the final division.

The bill was passed amid the uproar from the Opposition demanding to send the bill to select committee.

The Bharatiya Janata Party-led NDA government, which does not have a clear majority in the Rajya Sabha, managed to push the bill after parties like AIADMK and JD-U staged a walkout. AIADMK has 11 MPs in Rajya Sabha, while JD-U has 6. Naveen Patnaik‘s Biju Janata Dal (BJD) supported the bill.

Now the bill is just a step away from becoming a law, and it just needs the President’s approval.