The Indian Wire » Politics » Supreme Court refuses to give ‘go-ahead’ for BJP ‘Rath Yatra’ in West Bengal, no bar on rallies, meetings 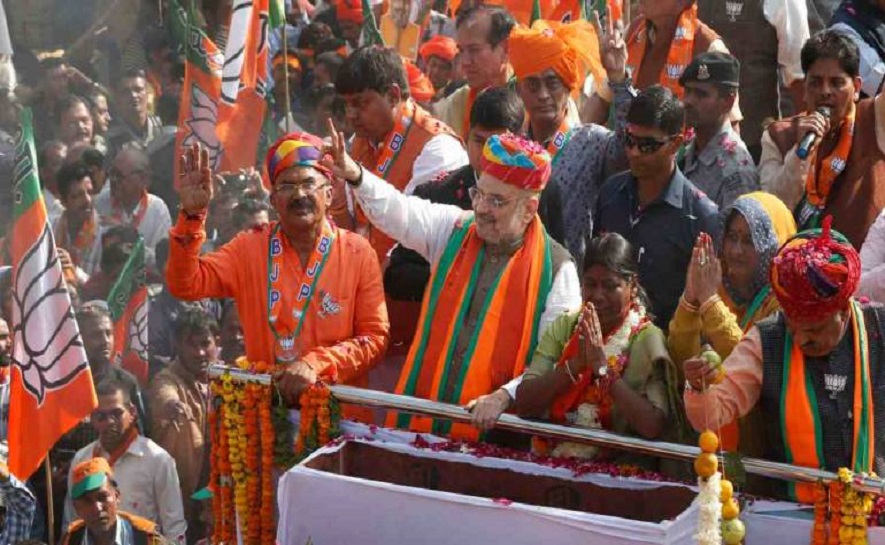 In a setback to Bhartiya Janta Party, the Supreme Court on Tuesday refused to give a green signal to BJP‘s proposed ‘rath yatra’ in West Bengal. Top Court said the BJP cannot hold yatra as of now. It further stated that the concerns of the state government “cannot be said to be unfounded”.

“SC refused to give a go-ahead for the BJP’s Yatra in West Bengal. The Apex Court, however, said that the BJP state unit can conduct meetings and rallies. SC said, if BJP comes out with a revised plan of fresh Yatra, that may be considered afresh later.” reported ANI.

SC refused to give a go ahead for the BJP's Yatra in West Bengal. The Apex Court, however, said that the BJP state unit can conduct meetings and rallies. SC said, if BJP comes out with a revised plan of fresh Yatra, that may be considered afresh later. pic.twitter.com/TbvYiRQply

A bench headed by Chief Justice Ranjan Gogoi asked the BJP to revise its plan, address the apprehensions of the Mamata Banerjee government and seek permission again. The top court, however, allowed the BJP Bengal unit to hold rallies and meetings in the state.

To which, the BJP had argued that “It is our right to hold rallies and yatra in a democracy and state can’t stop our constitutional rights”.

The Supreme Court was hearing the petition filed by the BJP on in December which challenged the Calcutta High Court’s divisional bench order on Rath Yatras in West Bengal.

The Saffron Party was slated to hold three ‘rath yatra’ in the state last month but was refused permission by the TMC led state government for the same. It was contended that their fundamental right to hold a peaceful yatra could not be withheld and that they should be allowed to exercise such right.

Timeline of the events unfolded in the Rath Yatra ‘Row’

On December 24, The Apex Court declined to tender urgent hearing on the plea filed by BJP which challenged the Calcutta High Court’s division bench order on Rath Yatras in West Bengal. The Supreme Court registry informed the lawyer associated with BJP that the matter would be listed in the normal course only. It is likely to be heard in January

On December 23, BJP approached the top Court seeking permission to hold the proposed ‘rath yatra’ in West Bengal. BJP also sought an urgent hearing the verdict by a division bench of Calcutta High Court which denied the party to hold the yatra.

On December 21, The West Bengal Government approached the Divison Bench of the Calcutta High Court against the single bench order that earlier in the day allowed the BJP to carry on with its ‘Rath Yatras’ across the state as part of its campaign for the 2019 Lok Sabha elections.

On December 20, The Calcutta high court on Thursday gave a green signal to the three ‘rath yatras’ which were expected to crisscross West Bengal. The court came down heavily on the government and ruled that it would be “appropriate to permit the petitioner to hold the rally… to organize the yatras”.

On December 17, The Bhartiya Janata Party on Monday moved to Calcutta High Court with a fresh writ petition against West Bengal Government’s denial of permission to BJP ‘Rath Yatra’ in the state. The Plea is likely to be up for Hearing on Tuesday

On December 17, The Bharatiya Janata Party had decided to take out rallies across West Bengal to protest against the Mamata Banerjee led Trinamool Congress government’s decision to deny permission for its rath yatra.

On December 6, Calcutta High Court has denied permission to BJP for holding a ‘rath yatra‘ from West Bengal’s Coochbehar district. The order comes in the wake of West Bengal government informing the court that it refused to give permission for the proposed ‘rath yatra‘ by BJP president Amit Shah on grounds that it might cause “communal tension”.