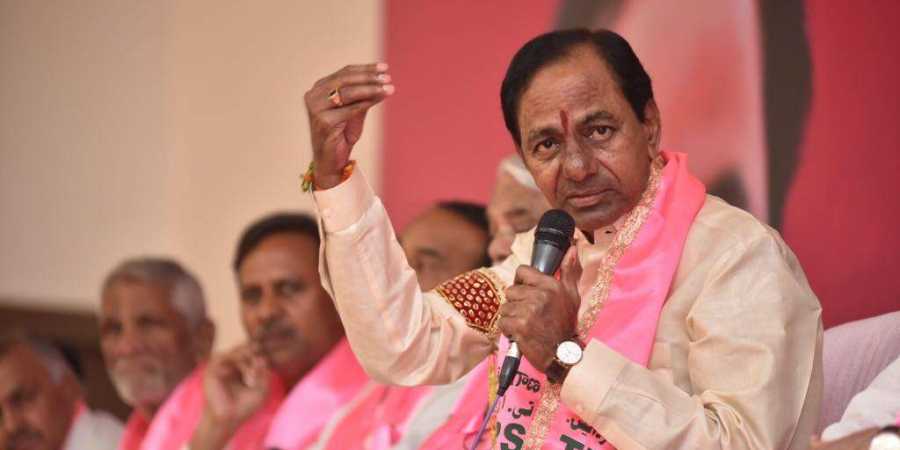 Telangana media speculates that Chandrashekar Rao, who is sure of winning the Lok Sabha elections in his satate, is eyeing for a role in the centre as well.

‘T News’ a Telugu news channel stated that with the big win Chandrashekar Rao will bring together other allies thus forming an opposition front against the Congress and BJP at the centre. In fact, TRS Working President and KCR’s son K.T. Rama Rao also thinks that the regional parties will emerge successful with 150-170 seats in the Lok Sabha.

On being asked about the post-poll scenario in the country, K.T. Rama Rao says, “We strongly believe neither UPA nor NDA will have clear mandate. There are many non-Congress and non-BJP parties which are very strong. If we are able to create a platform where we all can get together, root for our respective states in more federalistic set up, I think that will augur well for the country because ultimately stronger the states, stronger the country.”

Slamming the central government and the opposition, he said, ” The narrative,is, in fact, reflective of the intellectual bankruptcy in the so-called national parties-both BJP and Congress. One party says, ‘Chowkidar chor hai and the other party says, ‘main bhi chowkidar’… he further goes on to state how he feels issues like health, education,jobs need to focussed other than these matters.

About Chandrashekar Rao winning the Lok Sabha elections in the state, he says, “When somebody today says Modiji will lose and he will not get the numbers, it somewhat sounds impossible because we are creatures of habit. We are habituated for the last five years to seeing Modi as PM… We are confident we will win all seats in Telangana. We will win 16 seats and our friend, Asaduddin Owaisi will win Hyderabad. We believe YSRCP in Andhra Pradesh will win anywhere between 15-22 seats. It will not be just three of us as many more will join,” he says in an interview with IANS.