The Indian Wire » Politics » With Sushma Swaraj death, BJP loses one of its best political stalwart 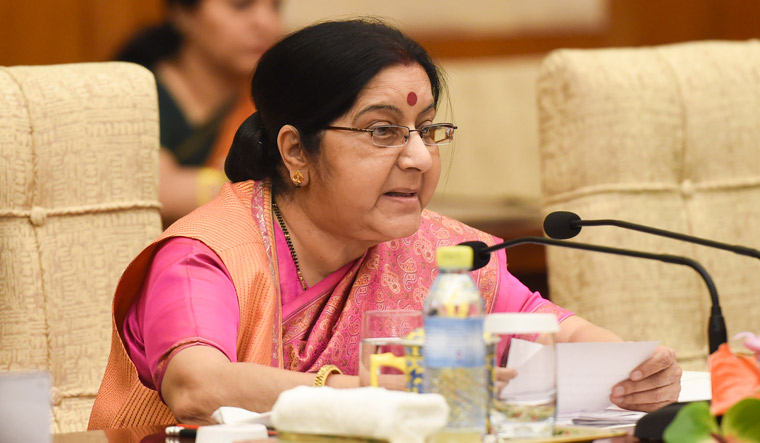 Former External Affairs Miniter Sushma Swaraj breathed her last on August 6, in AIIMS (All India Institute of Medical Sciences) Delhi. She passed away because of Cardiac arrest. Earlier she had undergone treatment for her Kidney Failure in 2016. Owing to her health issues, She did not contest the Lok Sabha elections of 2019.

Sushma Swaraj had been one of the brightest leaders of Bhartiya Janta Party government. She was the first woman to hold the charge of the External Affairs Ministry. She had served 4 terms in Lok sabha. She also holds the landmarking feat of being the first woman Chief Minister of Delhi in 1998.

The whole nation is mourning over the loss of one of its favorite Diplomatic leader. Tributary comments have been coming from every party. Even the foreign nations have expressed their grief on the untimely death of this big leader. Russian foreign affairs ministry and Nepalese Prime Minister has KP Sharma Oli offered condolences to Indian people.

Ministry of Foreign Affairs of Russia: We express our sincere condolences to the people of India on the premature passing away of the former Foreign Minister of this friendly country. #SushmaSwaraj (file pic) pic.twitter.com/VAeOvXCsiI

PM of Nepal, KP Sharma Oli: Deeply shocked to learn of the passing away of #SushmaSwaraj, a senior political leader of India&former External Affairs Minister. Heartfelt condolences&deepest sympathies to the Govt&people of India as well as to the bereaved family members.(file pic) pic.twitter.com/wrXnxuoAqN

Her party members have been left in utter sadness over such a tragic loss. Prime Minister Narendra Modi described the death of her close aid, Sushma Swaraj as a personal loss.

Sushma Ji’s demise is a personal loss. She will be remembered fondly for everything that she’s done for India. My thoughts are with her family, supporters and admirers in this very unfortunate hour. Om Shanti.

Even Opposition leaders are stricken in grief over the demise of such a dynamic leader. West Bengal Chief Minister Mamata Banerjee expressed her shock. She said despite being of different ideologies, both leaders shared cordial time in the house.

WB CM: Deeply saddened, shocked at sudden passing away of #SushmaSwaraj ji. I knew her since 1990s. Even though our ideologies differed, we shared many cordial times in Parliament. An outstanding politician,leader,good human being. Will miss her.Condolences to her family/admirers pic.twitter.com/1sZrVQZ3GE

Sushma Swaraj is credited with being one of the youngest leaders to join the Cabinet ranks when She was just 25. She was given the rank of Cabinet Minister in Haryana government. She became a member of Rajya Sabha in 1990. She had held various portfolios across her life, ranging from External affairs to Information & Broadcasting to Parliamentary Affairs.

Sushma Swaraj is hailed as being one of the most upfront & active leader looking after the special needs of the Indian diaspora. Through her tweets, She used to arrange for help for people in their hours of need. She had also worked extensively for bringing foreign affair matters close to Indian people.

Now leaders from across the nation are reaching to her house to pay tribute to her.